Considering I just attempted to spell “hi-ho” as “hiyho”, I think it’s justified that I skimp on the intro and delve straight into this entry. I’m kind of falling asleep on top of my laptop as I type. It makes things difficult.

Tonight I’ve got another list for you, this time focusing on the best way to stay in contact with friends, families, employers, enemies, what have you, back home during your travels. While getting away and meeting new people is a blast, homesickness is bound to strike at any given time. Considering this, I came up with ten ways that myself and Kathleen have primarily been staying in touch with people back in the States. So, without further ado, enjoy today’s list – as well as a picture of the delicious cupcake I had for dessert tonight. 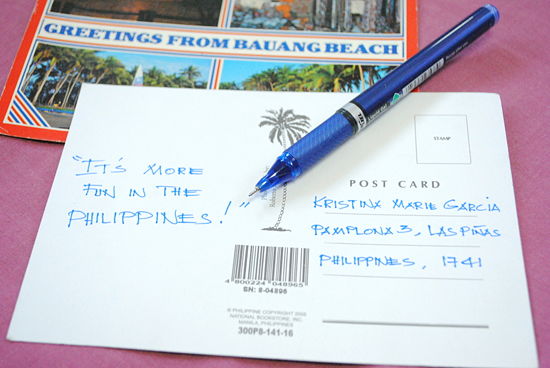 This is pretty much the most basic way anyone can keep in contact with loved ones back home during their travels. If you’re traveling light, without a phone or a computer, then letter writing is the way to go. Postcards are even simpler if you don’t have much to say to someone, but want to let them know you’ve been thinking of them.

There are some downsides to mail though. The main downside is that, if you’re traveling around a lot, you don’t have a set address that people can write back to you. That can be a bummer, not knowing what’s going on back at home or if the people even got your letters to begin with. This leads into the other downside: lost mail. Kathleen and I have sent out a number of postcards since getting to New Zealand, and only a couple of them between the two of us have reached the designated people. We have no idea why a select few made it while all the others didn’t. Hrrmph. 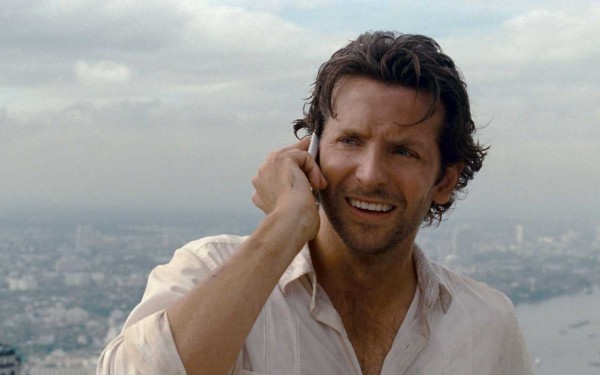 I came really close to photoshopping Bradley Cooper’s face into all the pictures for this entry.

Another straight forward form of contact, but a bit more of a challenge than the first if you’re traveling in a different country. Even if you have a cell phone with you, you can’t really make phone calls without raking up a huge bill. I’ve currently got my iPhone with me, but I keep it on constant airplane mode and only use it to listen to music, play games, and search for (free) WiFi. I also have a New Zealand phone, but can only use it to call other New Zealand phones (well, funny story, I left that phone on a bus, and I know where it is but have no idea how the company is going to mail it to me… blerg). If you do bring your cell along with you, you can always look into global travel plans through your phone provider. It’ll still cost a pretty penny, but it will be less expensive than without it.

Then there’s making long distance calls via pay phones or phones provided by hostels and such. I’ve only had to place one call so far to my doctor about a (fortunately solvable) issue I was having. It does cost a bit of money though, so be prepared to pay an arm and a leg if you need to make a super long call.

Probably the easiest way to keep in touch with family and friends. It’s the equivalent of writing a letter, except you know that the person receives it and you don’t have to wait days (sometimes weeks) for them to get it. I’d say the main problem is finding an internet connection, but honestly, if you’ve got a laptop (or even a smartphone) finding WiFi is not that difficult. It’s free at the local libraries (except in Rotorua?), or you can get a good deal of WiFi at any Starbucks and McDonalds.

Even if you don’t have a computer, finding one is easy. Again, go to your local library, and almost any hostel, and you will find a computer or two for use. Most of them will probably require a small fee, but usually not much, with plenty of time for you to shoot out an email or two. Then there’s always Internet cafes, which are kind of everywhere in New Zealand.

This is perhaps my favorite mode of contact while traveling, because it puts you face-to-face with the people back home that you miss. It’s amazing how far technology has come, eh? It used to take days for letters to travel a couple hundred miles, and now we can see someone’s face right in front of ours with the click of a button. Skype has allowed me to primarily keep in touch with my dad, despite the fact that he’s on the opposite side of the world from me. Truly spectacular.

This one can be a bit trickier for those traveling lightly and looking to bring no electronics with them. You’ll need either a smart phone or a laptop that has Skype downloaded, and then you need to locate a WiFi source in order to use it. Then find somewhere you can Skype in privacy. I can personally vouch that attempting to Skype quietly in a library is not effective. 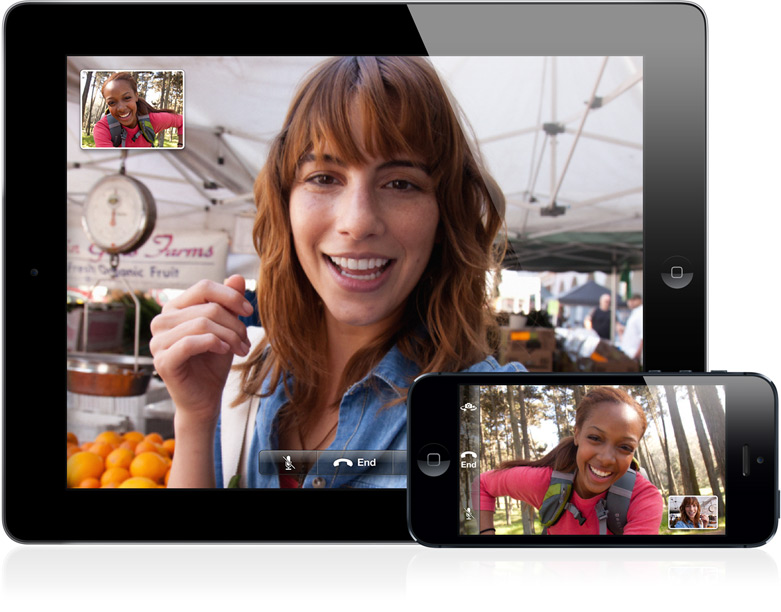 Pretty much the same deal as Skype, wherein you can video conference with people, but requires you to have an iPhone in order to use it. Like Skype, you’ll also need a WiFi connection. I’ve only Facetimed once so far with my best friend, and the quality of the video lagged quite a lot. This might be because the two of us had awful WiFi connections, but I’m sort of siding with Skype over Facetime right now. Nonetheless, it works and does what it’s supposed to. 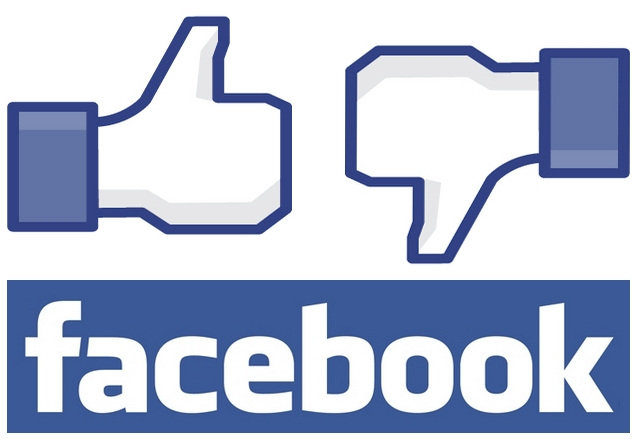 A no brainer, right? Facebook is a fantastic way to keep in contact with everyone back home and keep you informed on what you’re missing out on. Of course, it’s important to not spend every waking second on Facebook and, y’know, go out and actually do stuff in the place that you’re traveling, but it’s still nice to be able to check in. 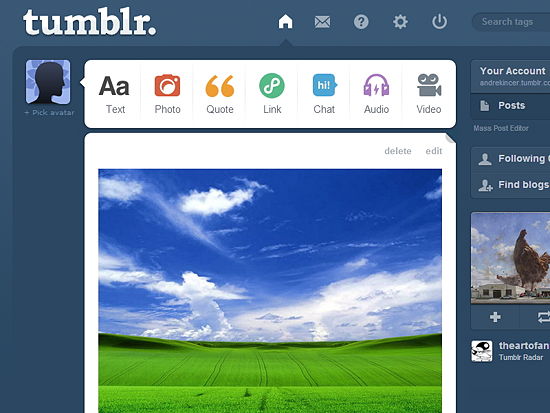 This one basically goes hand-in-hand with Facebook, but just sort of spreads out across all the social media web-sites. Not only do these sites allow you to see what everyone back home is doing, but they’re also a great way to share pictures, stories, and anecdotes about your time abroad.

Plus, I mean, Tumblr is where it’s at. You don’t have a Tumblr? You need to get on that. 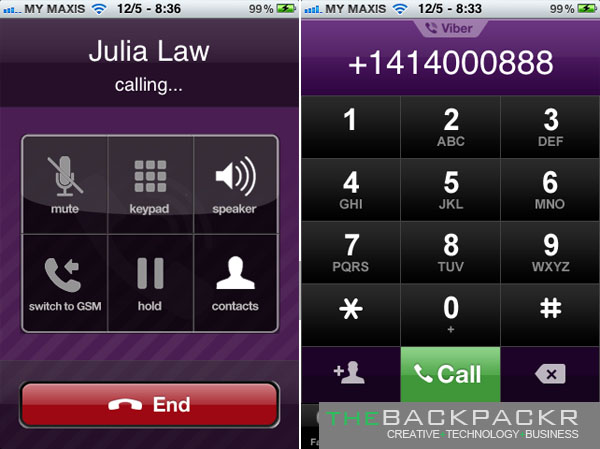 Just having a chat with my future husband: Jude.

Remember when I talked about how you can totally bring your cell phone along on your travels but you probably want to keep it on airplane mode so you don’t have a huge bill to pay off later? Viber is the way around this situation. Viber is a smartphone app that allows you to call and text people for free.

The only catch, besides needing a smart phone and a WiFi connection, is that the people you are contacting need to have Viber as well. I made both my dad and best friend get it, which has allowed me to keep in touch with them. Outside of email, Skype, and general Internet usage, Viber is one of my favorite ways to converse with people back in the States. Granted, sometimes the connection is weak and calls are dropped, but the good generally outweighs the bad on this one. (Plus Kathleen and I have taken to Vibering Starkid quotes to each other all the time, which is just fun.) 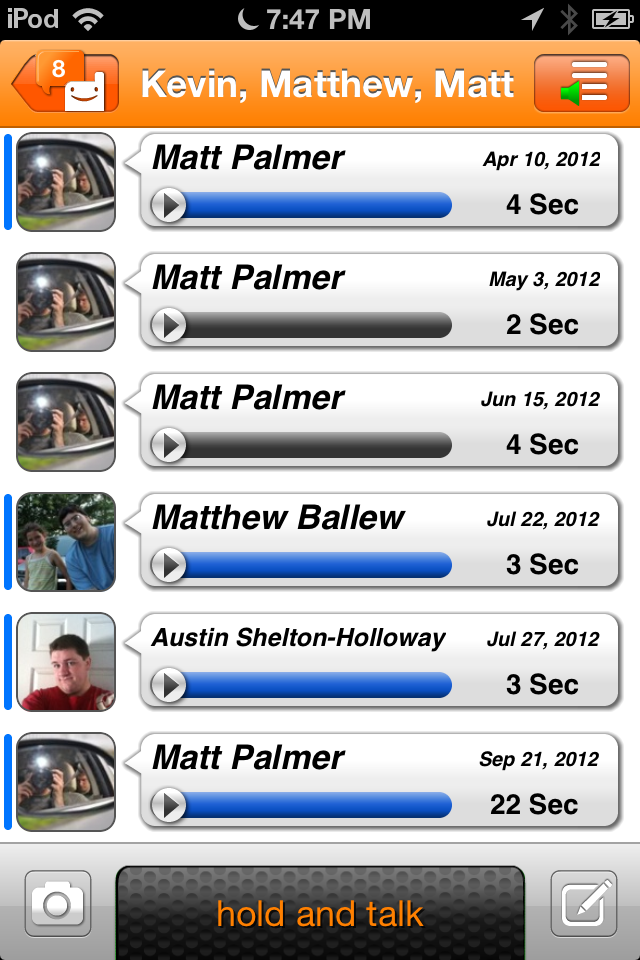 I feel awkward taking this picture off google, seeing as I know none of these guys.

Voxer is another app which is sort of similar to Viber… but, at the same time, completely different. I guess it’s similar in the sense that you’ll need a smartphone, you can only contact other people with Voxer, and it’s free?  To put it simply, Voxer is the equivalent of a walkie talkie. You click on the person you want to Voxer, record a message, and then the entire thing is sent to them. It’s not the most effective way to converse, but it works.

So far I’ve only used this app to record death threats to Kathleen. Whoops. 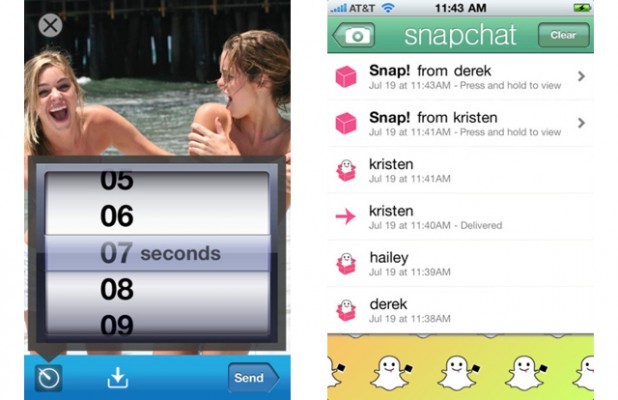 This is last on the list because, hah, I’ve never actually used Snapchat. Well, I’m downloading it onto my iPhone right now… but that doesn’t count… But anyway, Kathleen uses it and highly recommends it.

From what I understand, you take a picture, sometimes adding text or a doodle, and then message it to another human being, then after they view it the photo disappears for forever… Yeah? I think that’s it? I’m not quite sure how effective it is, but meh, it’s a way to keep in contact I suppose. I’ll have to see it.

So those are all the ways Kathleen and I have been keeping in touch with all of you. Granted, I actually haven’t been homesick just yet. Of course I miss people, but I don’t miss anyone. Not yet. The thing is, having someone to travel with, especially someone you’ve known for so long and have gone through a great deal with, it’s easy not to get homesick. Kathleen and I spenD 90% of our time together (9% of the time we’re sleeping, and 1% we’re in the bathroom), meaning I don’t have much time to sit around and miss people. We’re always moving about, taking in sights and doing tourist things, listening to Night Vale and watching movies, and just generally keeping ourselves busy. Fact of the matter is, I don’t have time to miss people. I’m sure this will end the second Kathleen takes off; the homesickness is bound to catch up with me eventually. Good thing I have so many ways to reach out to friends when that happens.

Anyway, my bed is calling to me. Until next time.

Someone’s in desperate need of a haircut, ie. my bangs are eating my face.

One thought on “Friday: Ten Ways to Keep Contact During Travel”