All right, ladies and gents, dogs and frogs and bears and chickens and whatnots, this entry’s dedicated to covering the last month and a half of my travels. I take off in less than two days now, so being short on time means I gotta cover a lot more than I’d normally take on in an entry.

(Random sidenote: I may or may not have stayed up till 6:30am last night with James Whitehead watching old school Sesame Street clips and behind-the-scenes Muppet stuff, as well as The Great Muppet Caper and Little Shop of Horrors twice (once without commentary and once with). Please assume the jealousy stance to your leisure.)

All right. Forty-two hours left in the country. No time to waste. We have a lot to cover, so let’s get crack-a-lackin’. 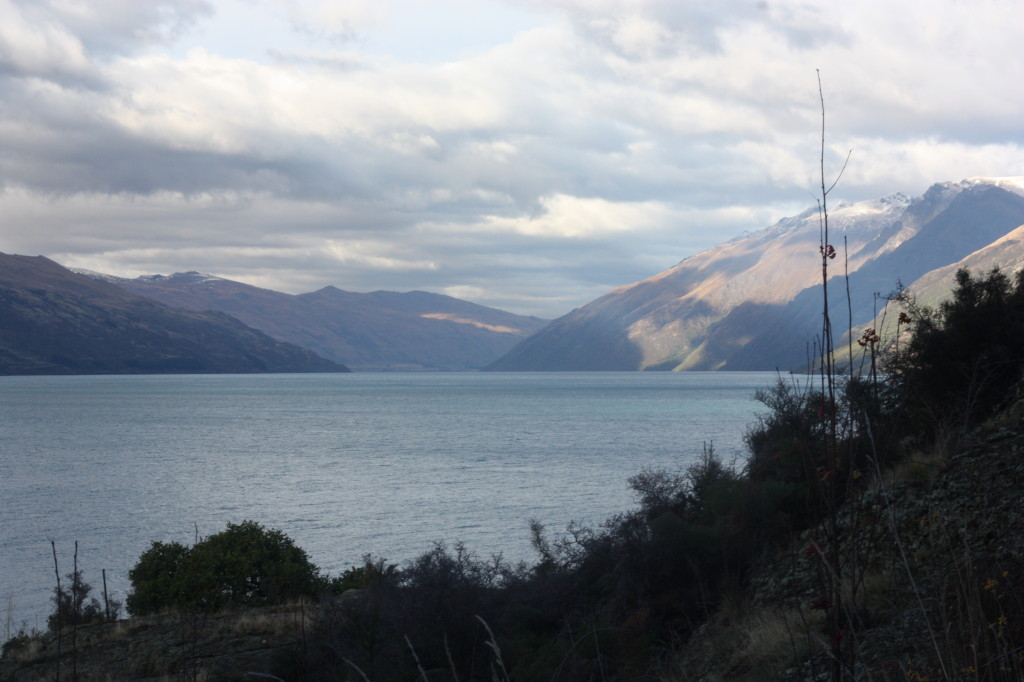 Upon leaving Paihia, it took me three days to get to my next destination. For some dumb reason, I thought I could totally get from Paihia to Gisborne in one day of hitchhiking. Pretty dumb, distance considered. I ended up making it on to Auckland the first night and staying the night in a hostel. The next night I did make it to Gisborne, but not out to my WWOOF place, so I ended up staying the night with the parents of a couple I hitchhiked with who fed me delicious food and watched The Beatles in Concert with me. I know, only in New Zealand, right?

Gisborne was wonderful. I stayed with John and Nabuko, where I WWOOFed for them for a week. There property was a long ways out of town, which ended up being okay because their land was so beautiful. We were in the middle of nowhere, not another house in sight, surrounded by hill upon rolling hill. It was gorgeous. I’d garden for them in the morning, then I’d either walk around their amazing property or go on a hike around the area.

And the night sky out in the Gisborne countryside? You haven’t lived until you’ve seen that night sky. I didn’t know so many stars could be seen from our humble earth. 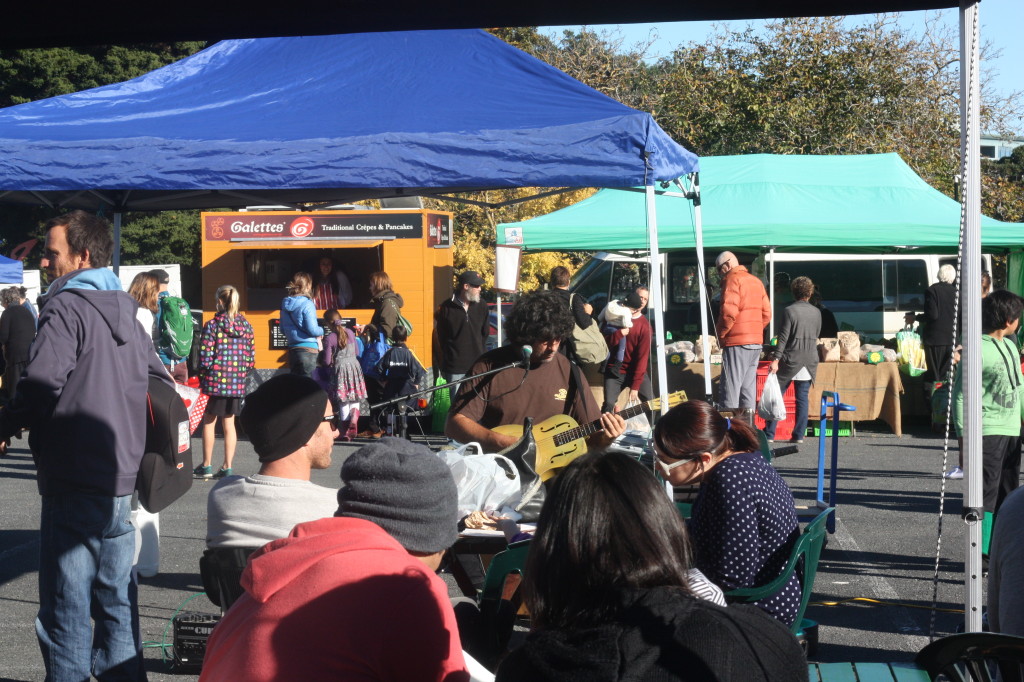 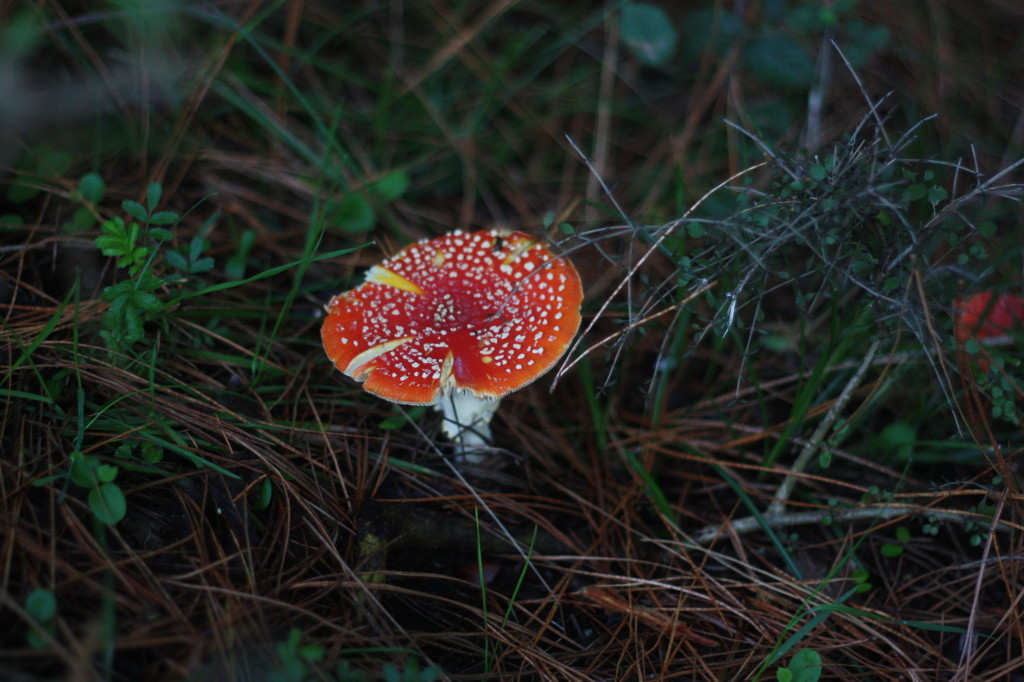 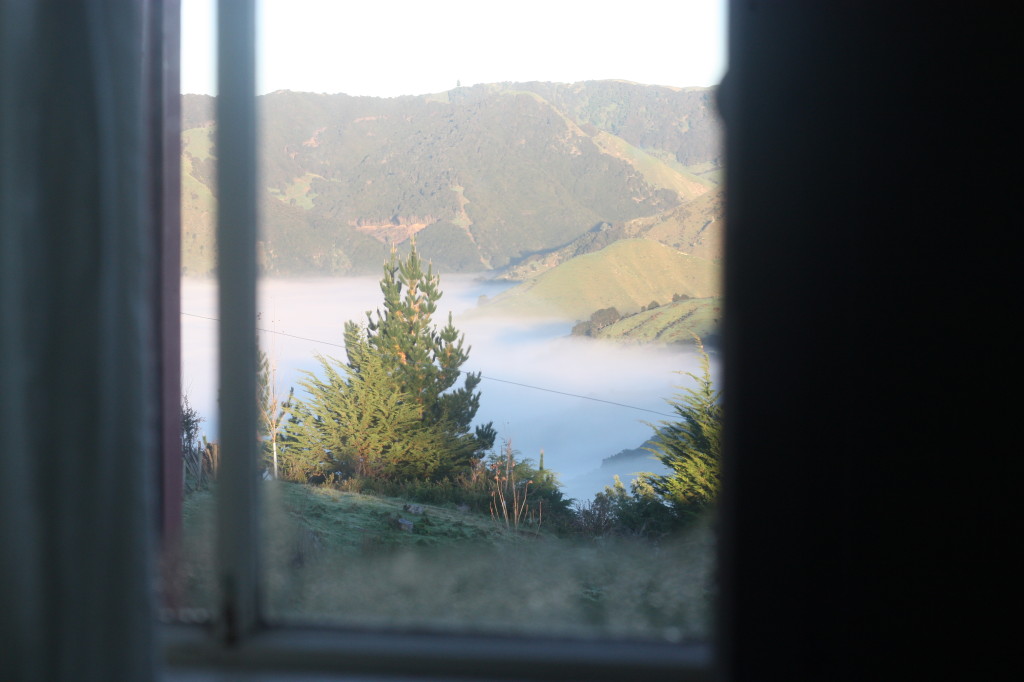 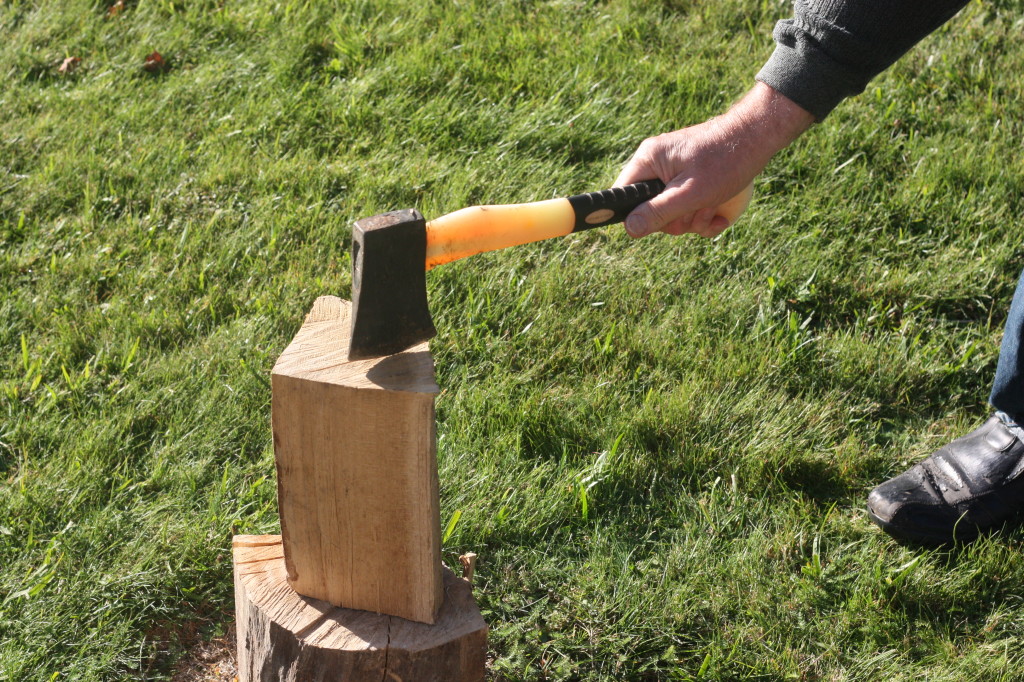 Next I bused straight down to Wellington. No hitchhiking attempts after the last time I hitchhiked and it took longer than anticipated. I stayed with Antony and Simon, friends from the place I used to work. It was so nice to spend some time with my Wellington friends again after all my time traveling. I went out on the town with a bunch of friends, visited Te Papa, got angry about patriarchal entitlement, etc. etc. In the end, it was just nice to visit the city I spent so much time in during my stay in New Zealand. 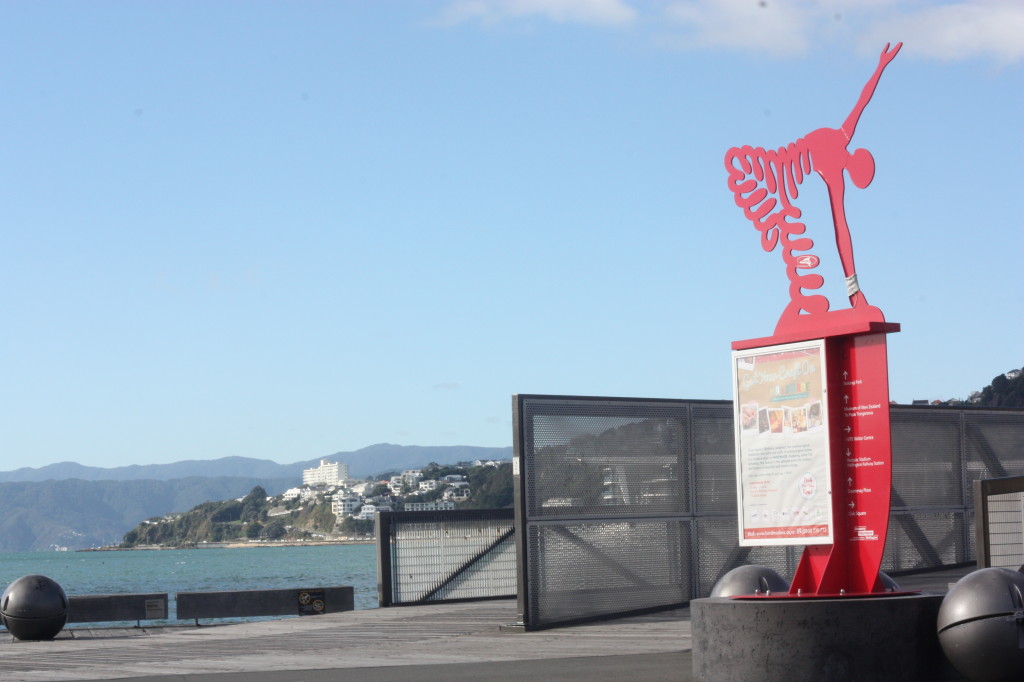 Then I took the ferry from Welly to Picton. I met a guy named Ivo who chatted to me of travels, which made the ferry ride even more enjoyable.

Upon landing on the south island, I got picked up in Picton by Amanda – yet another friend I met through the Internet. Amanda and I go way back; like, we’ve known each other on the interwebz for probably four or five years now. It was the first time we had met, since I had to skip Blenheim, the town she lives in, last time I was down south. This time around I stayed with her and her awesome roommate Julia and their dog Nebu. We watched Game of Thrones, played Cards against Humanity and Settlers of Catan, went to quiz night at a pub, and just had a blast hanging out.

I was only supposed to stay a few days, but I ended up staying a full week (no surprise there). Since I stayed longer, one day we took a trip to a vineyard, a chocolate factory, and the river where the barrel scene in The Hobbit: The Desolation of Smaug was filmed. Then another day we took a day drip out to Kaikoura, which Kathleen and I had passed through last year and wished we had stayed a night or two. We got to see a lot of adorable seal pups and take a walk on the beautiful beach. It was, hands down, one of the best weeks I’ve had in New Zealand.

Also! I found out Amanda’s gonna be on my plane from Christchurch to Sydney on Tuesday morning. Such a small world! 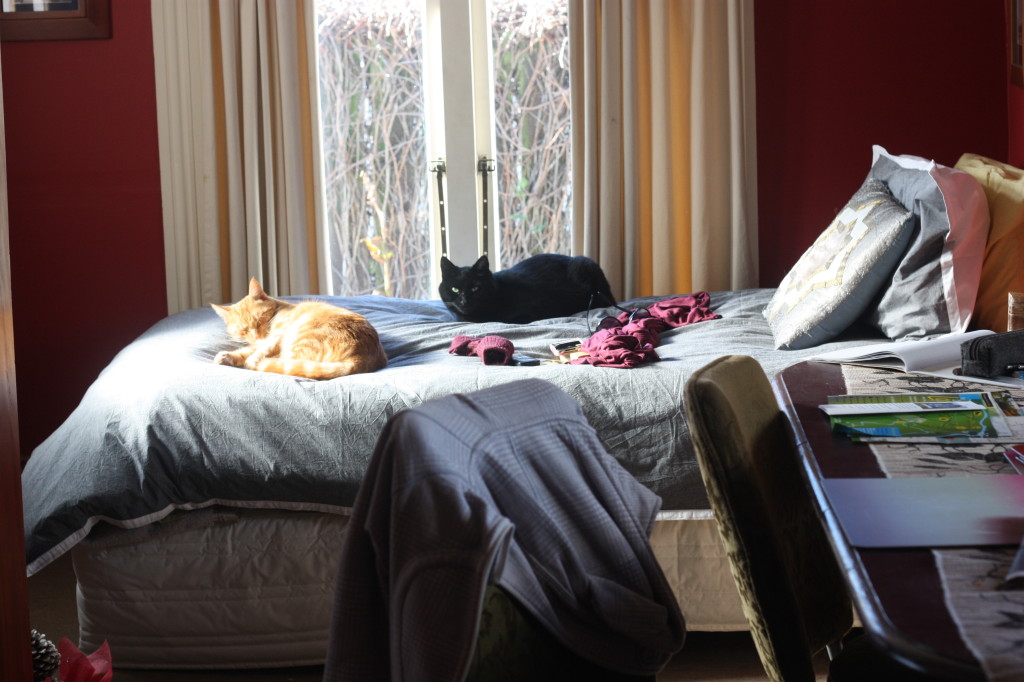 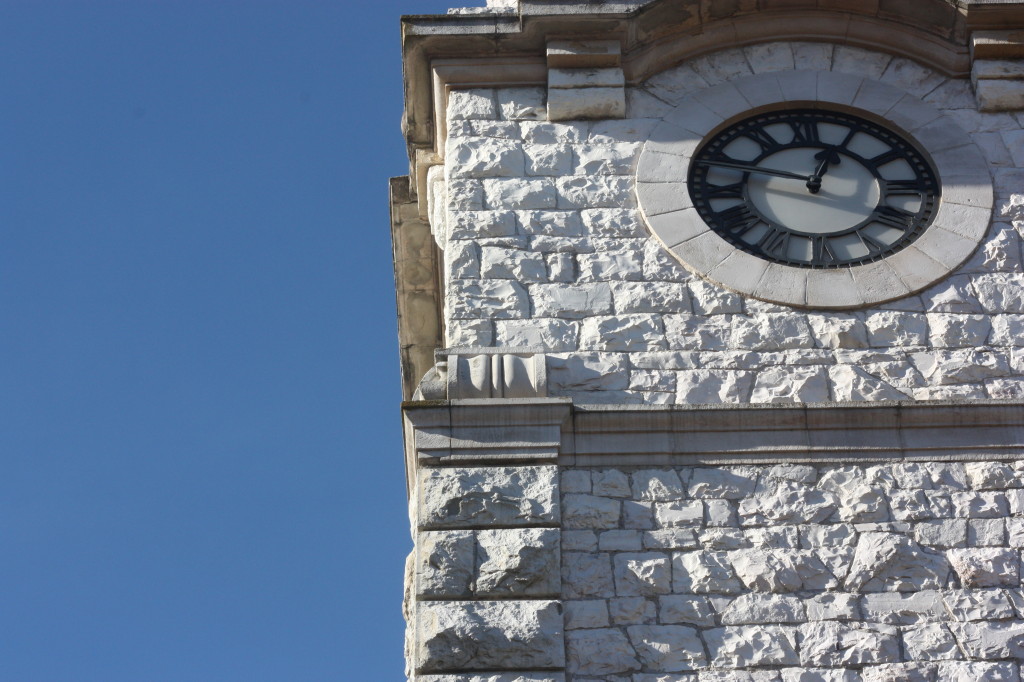 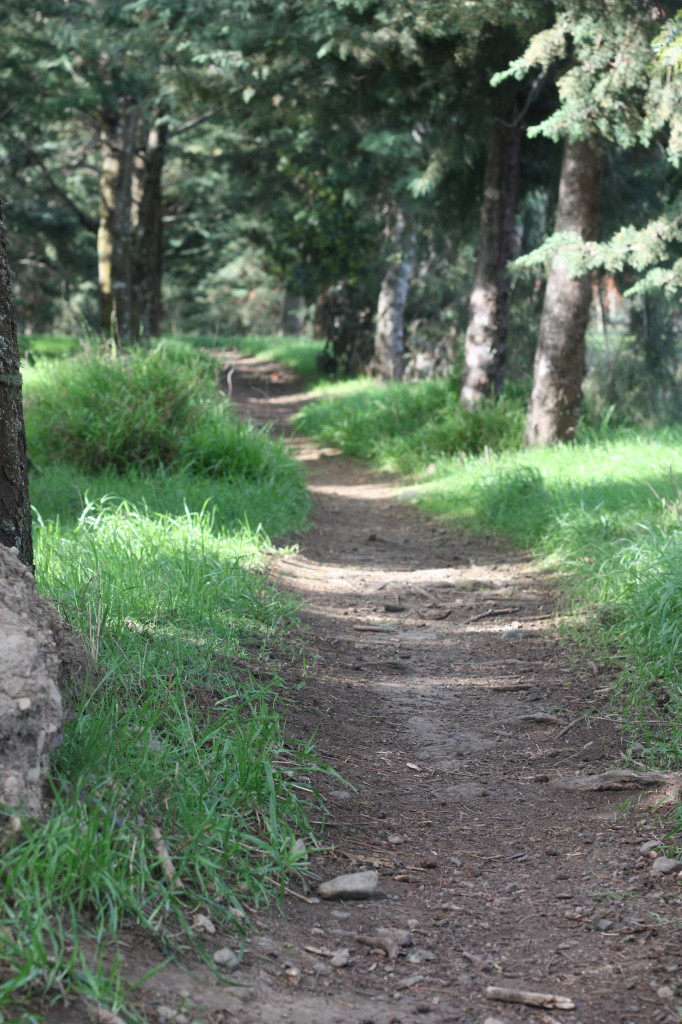 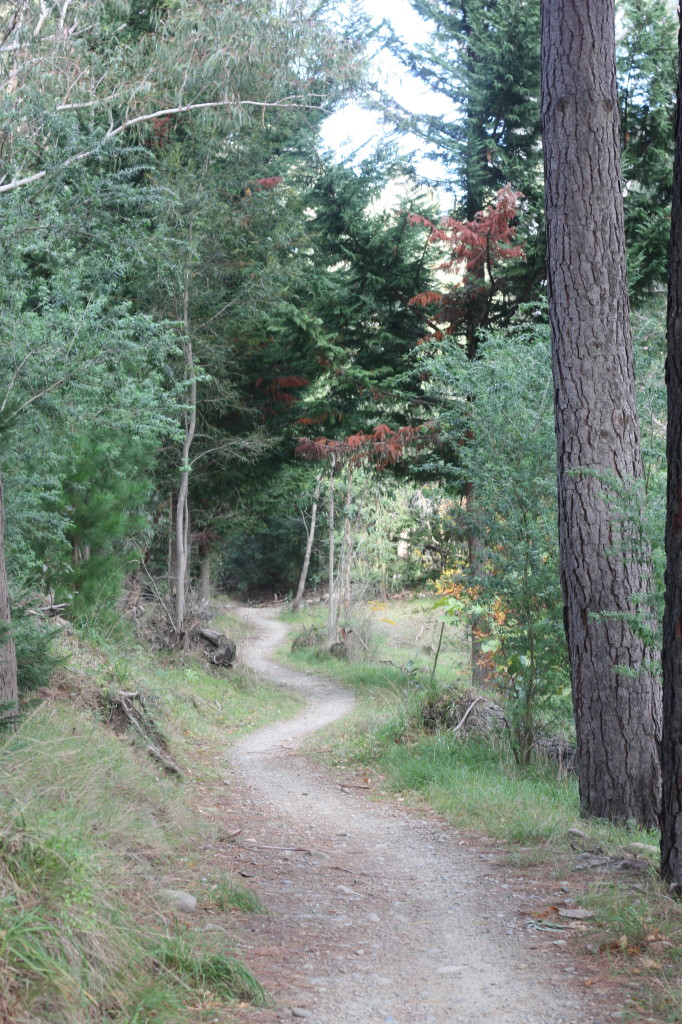 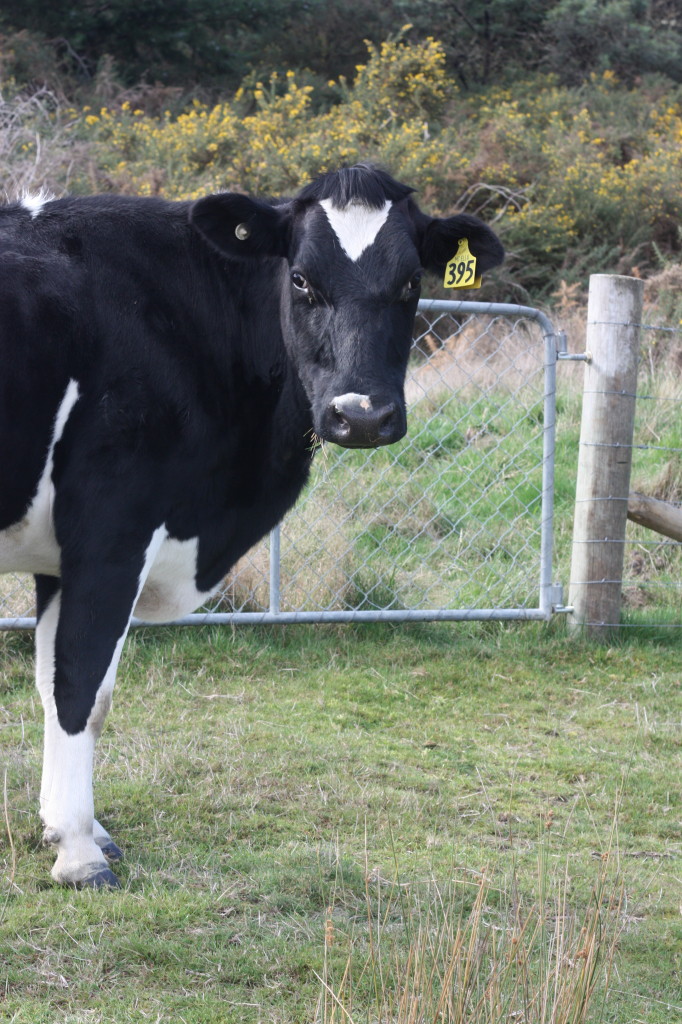 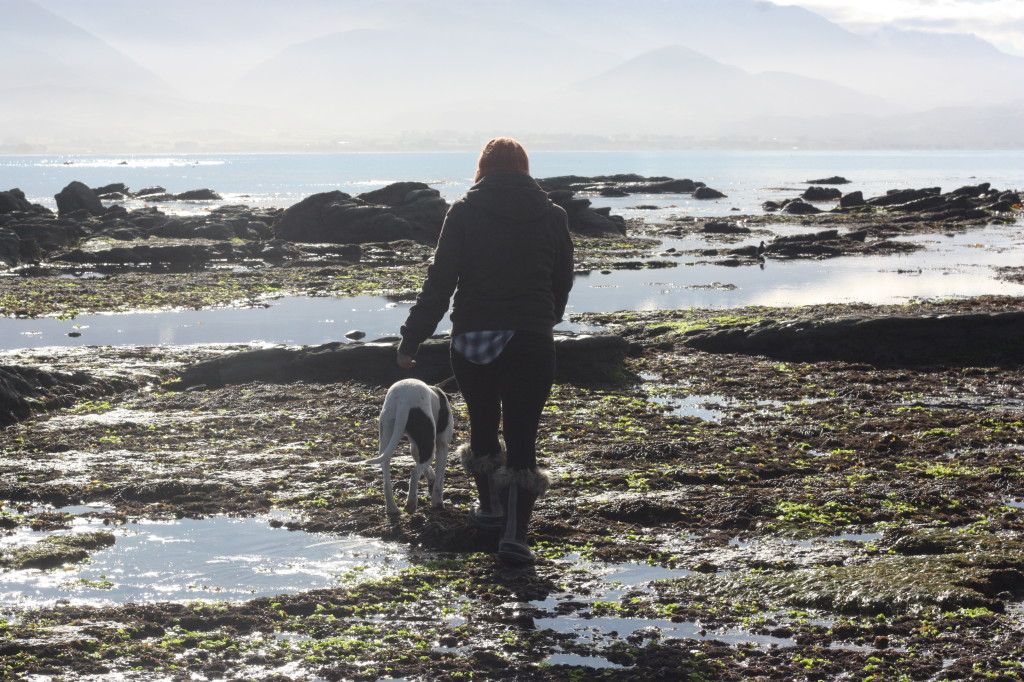 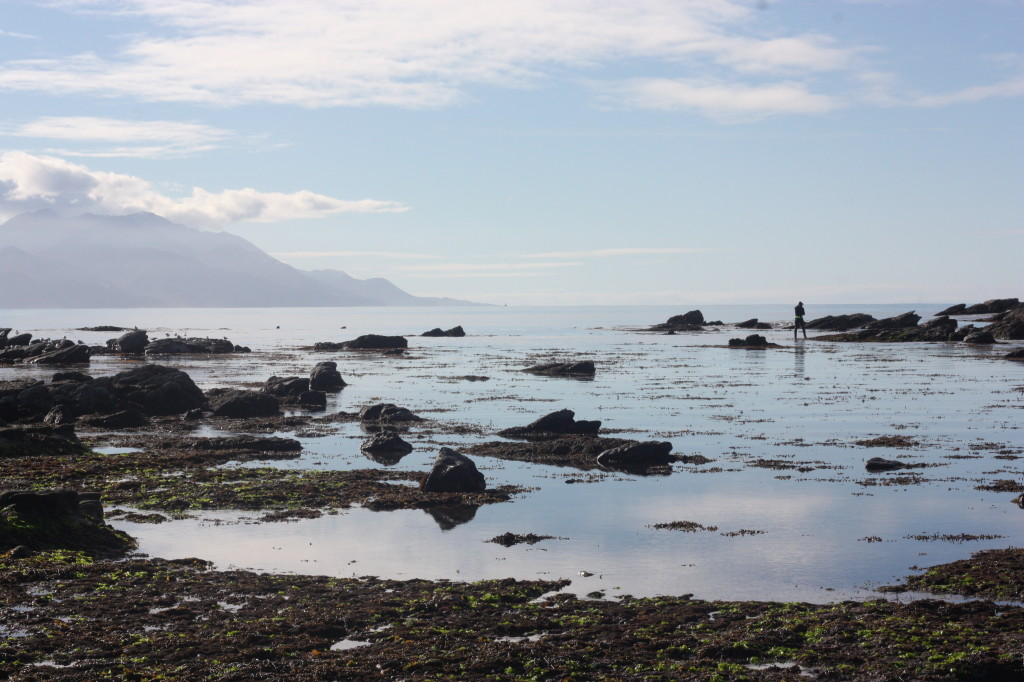 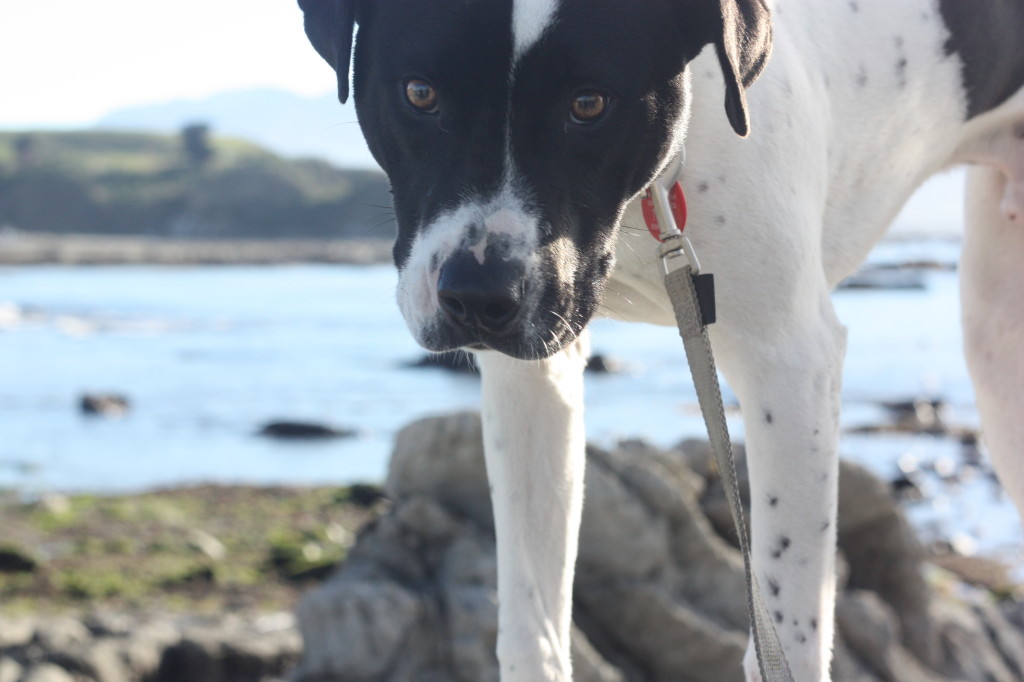 Next I headed to the west coast, which I had to miss last time due to pesky avalanches. My trip to the west coast consisted of me missing Abel Tasman, Milford Sound, and Mount Cook, but it’s always good to have something to come back to, right?

My first stop was Hokitika, which had been recommended to me by Amanda and Jules. Unfortunately I was staying on a property which was pretty far away from the beach and town. Also, it rained pretty much 95% of the time I was there. Also also, the people I stayed with were nice, but kind of distant, which is weird cause that’s something I hadn’t experienced WWOOFing before. I think the husband maybe said five words all together in my direction? But I got to meet Jerome, who’s the first person I’ve ever WWOOFed with that I wasn’t also traveling with. He ended up being a delight and we hit it off. It was nice to have a travel bud for a couple of days.

Then came Hari Hari, where I stayed with Dan and Kath and their adorable children, Shae and Dylan; one of the most fun WWOOF stays I’ve had. They were a real free wheeling, open minded, lovely family. I got to help cut huge logs and take down a shed.

Also, word to the wise: if you are a 120 pound, 5″4 girl, you probably shouldn’t try to keep up when drinking with grown men. Trust me. 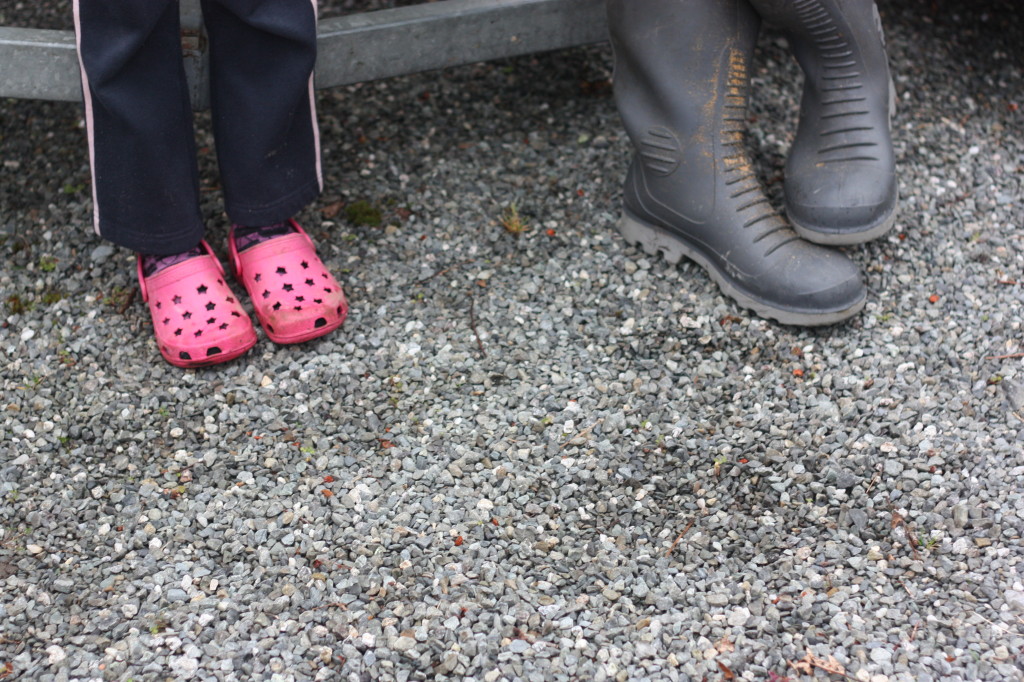 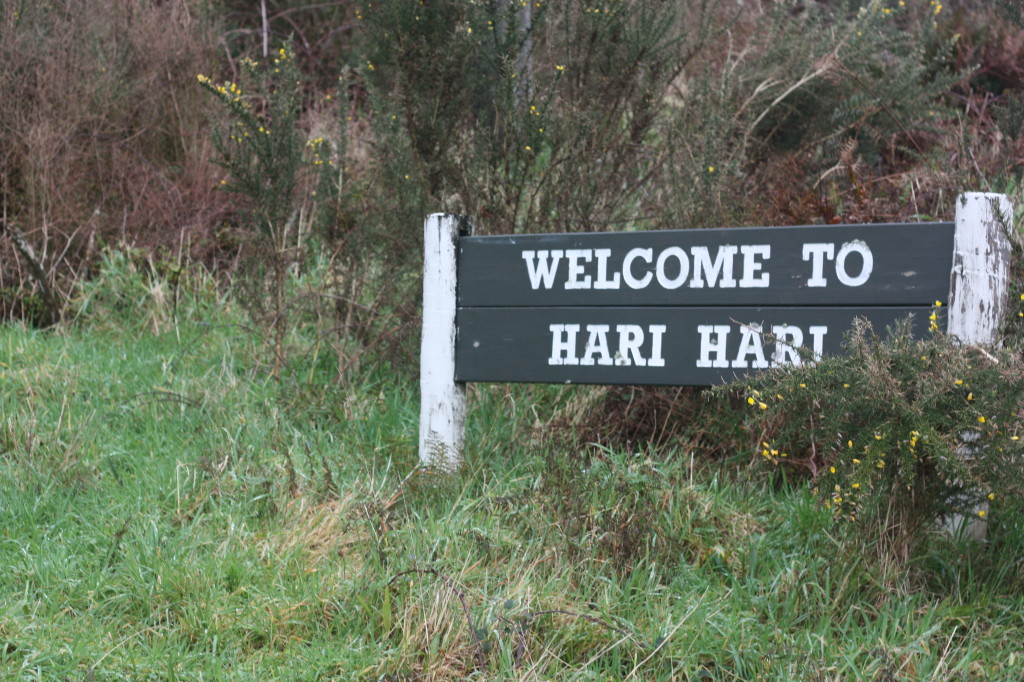 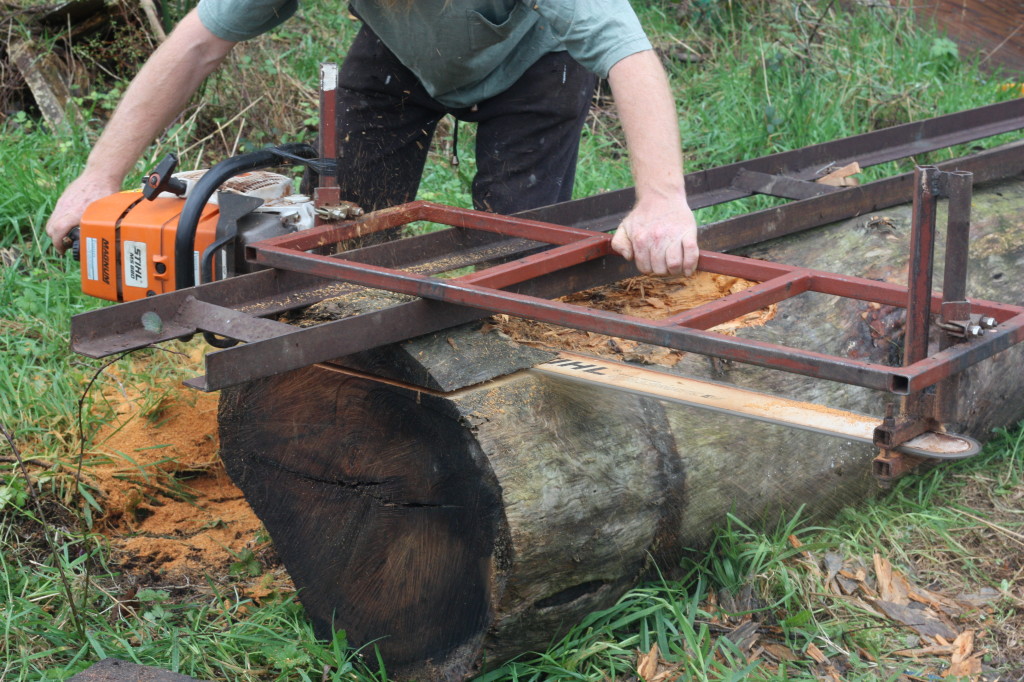 I thought I was gonna have to skip Franz Josef after Hari Hari, because there weren’t any WWOOFing opportunities I was aware of, but Dan and Kath called up Danny, an awesome Scottish dude, and he said I could stay with him for a bit. So I stayed in his (really really awesome) truck house, which I got to paint all of. He also had a really cute dog named Beau who I fell head-over-heels in love with.

There was a nice walk out by the river behind his house, and we went out to the beach one evening as well. Danny also got me up onto the Franz Josef Glacier, which I was worried I’d have to skip cause of the price. Now I can successfully say I’ve ridden in a helicopter and walked on a glacier! But best of all, Danny was a really nice guy. I had fun watching films with him and listening to his cool music. Awesome, awesome stay. 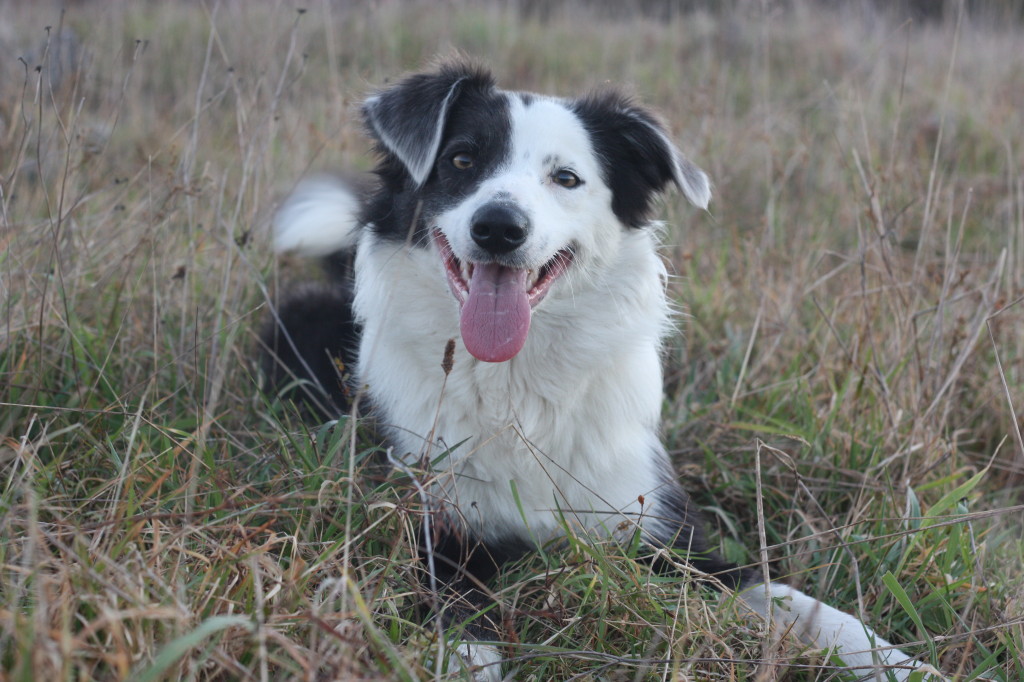 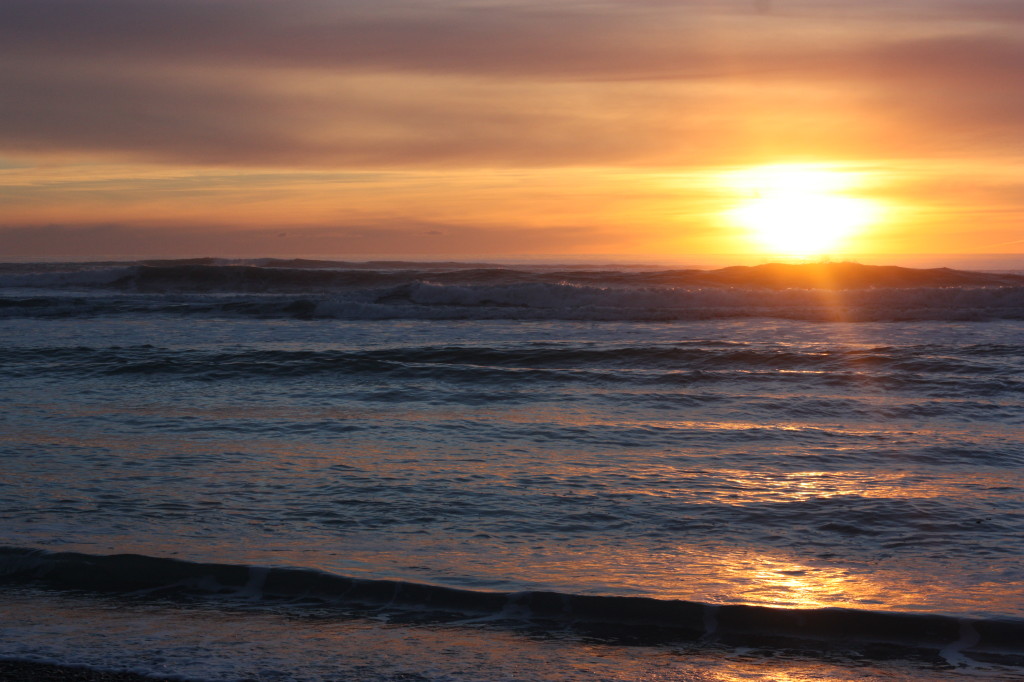 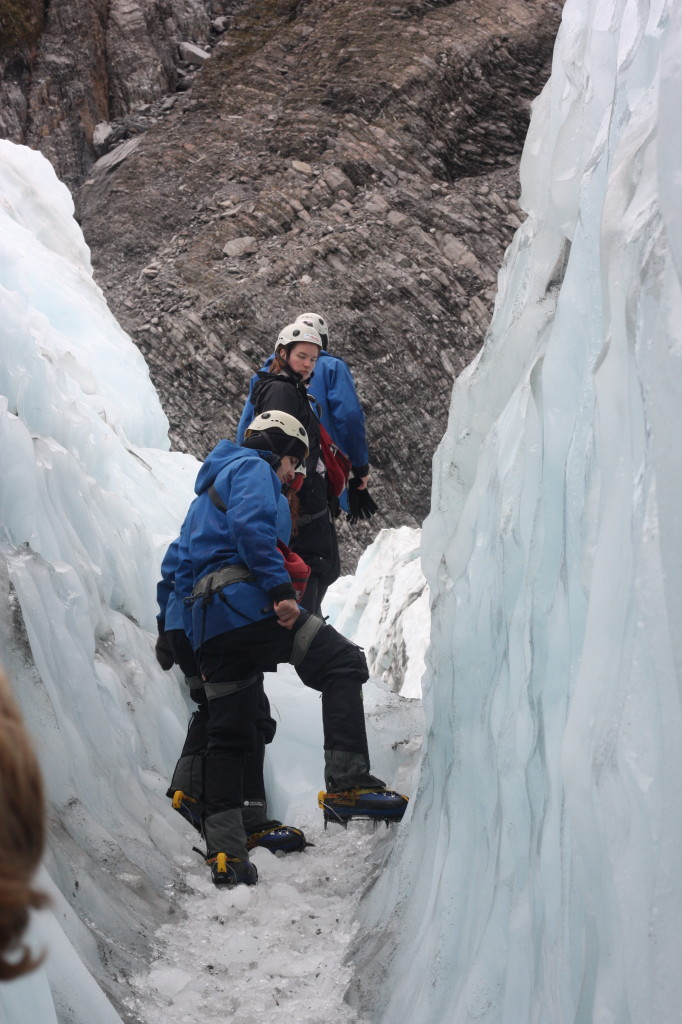 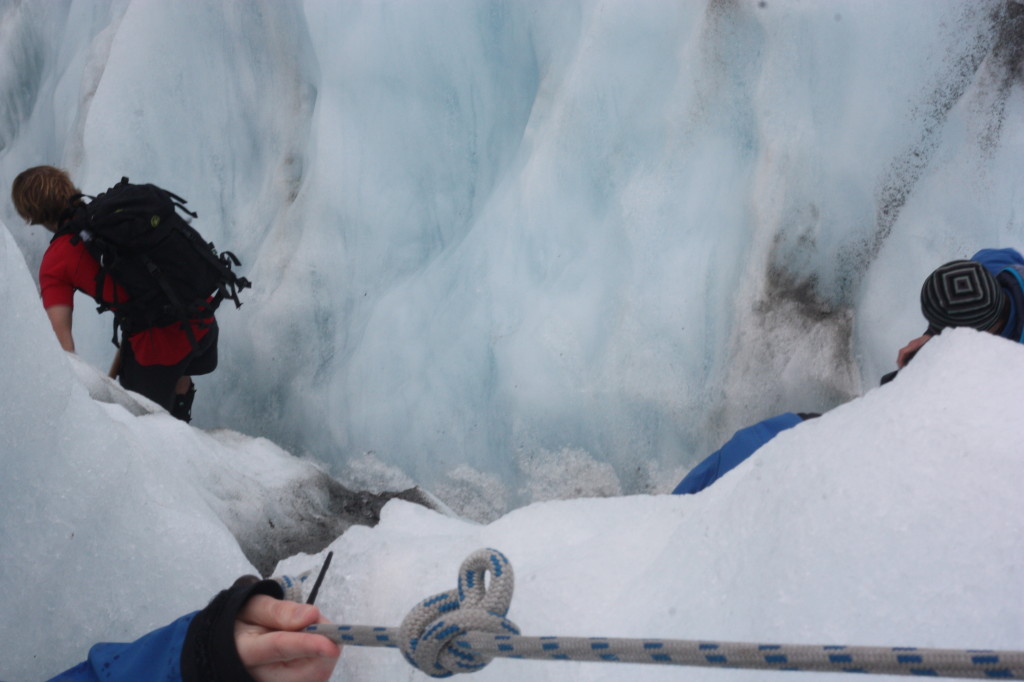 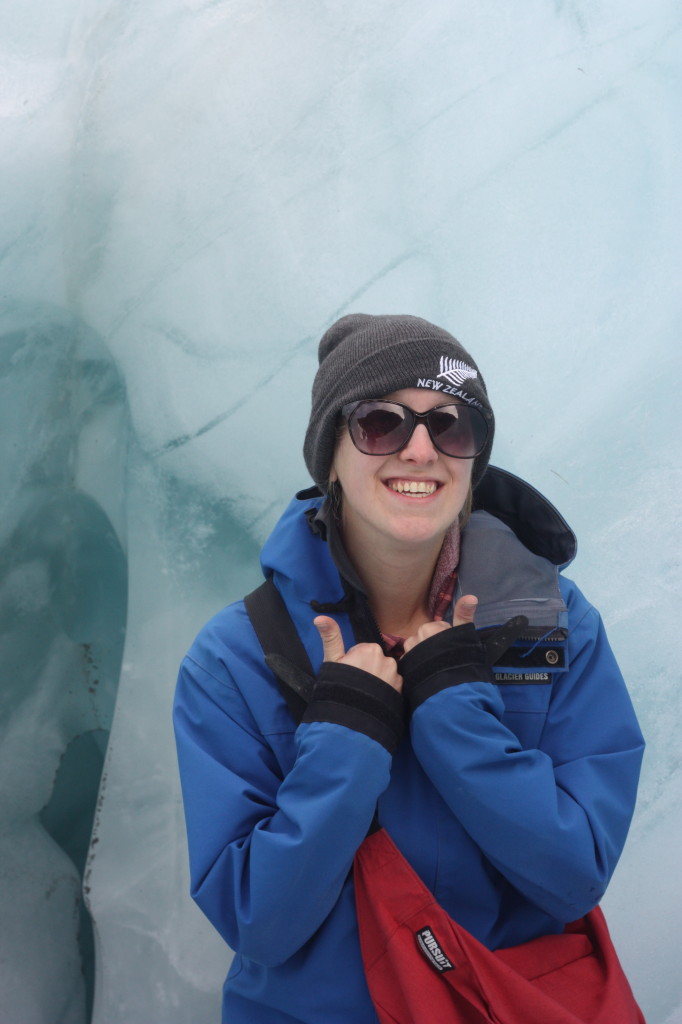 Next came Queenstown, which I was so excited for. I hitched in the rain from Franz to Queenstown with this neat Brit and we spent the entire time talking about Game of Thrones. Then I got to the place I WWOOFed at, and… well, I wont go into too much detail on this one right now. Cause, I mean, the older couple I stayed with were very nice and incredibly generous on some levels… but they’re also the only WWOOF hosts who’ve ever made me cry intentionally and didn’t apologize. Thanks, incredibly rude WWOOF hosts!

But, besides that, I did manage to have a good time in Queenstown. For starters, they had two dogs – Martha and Eddie – and if I could steal any dogs in New Zealand it’d probably be them (and Nebu and Beau, while I’m at it). The couple I was with had a really gorgeous house – like, you know those houses on Pinterest that you see pictures of and you think “Oh my god, that house can’t actually exist it’s too perfect and rustic and beautiful”?? Yeah, that kind of house – and they had a gorgeous view of the lake and mountains right in their backyard. I also got to spend an afternoon in Arrowtown, which is kind of like a smaller/cuter version of Jacksonville.

They brought me into Queenstown for the opening winter festival, which was great cause I got to spend it with my pal Luke from Wellington. We watched the fireworks and drank quite a bit – including doing a hot called the Morgan Freeman. Too awesome.

The older couple (yeah, the ones who yelled at me and made me cry) took me to their beach house in Karitane, which was also pretty beautiful with a gorgeous landscape and their dogs came along, which made being around them tolerable. I basically spent 1.5 days cleaning their entire house, which was cool cause they paid me for overtime, ie. I could afford the rest of my souvenirs and my brother’s birthday gift. 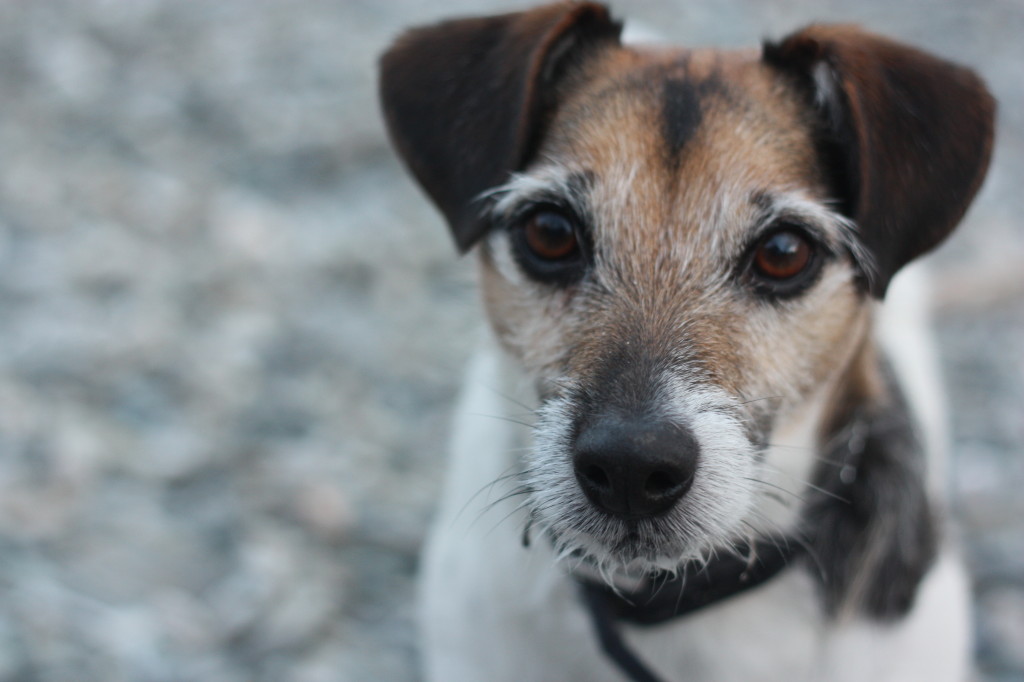 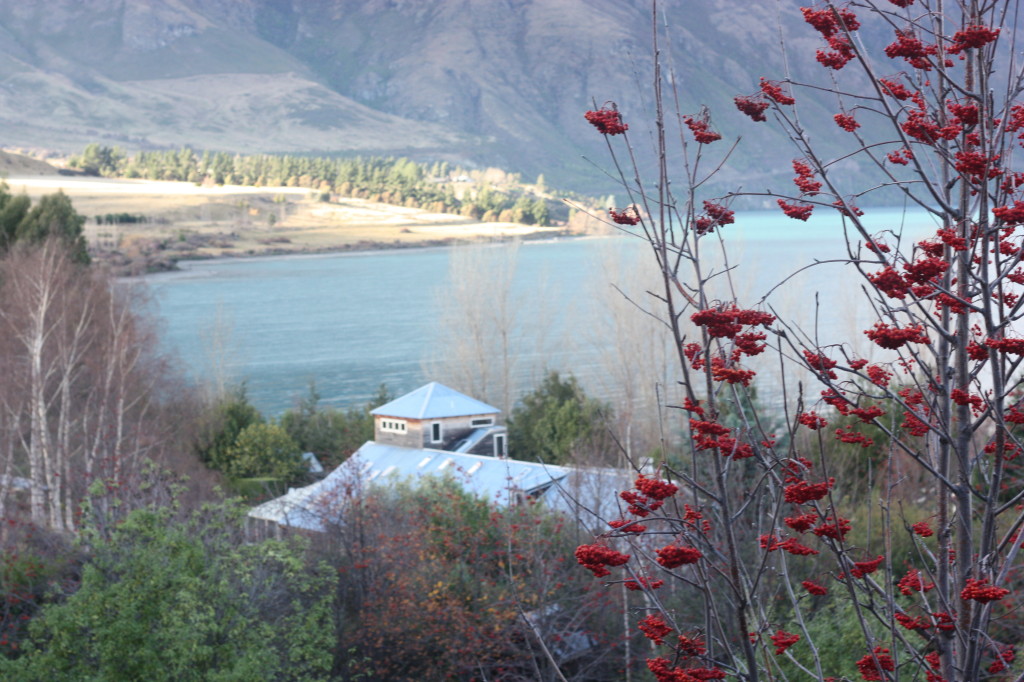 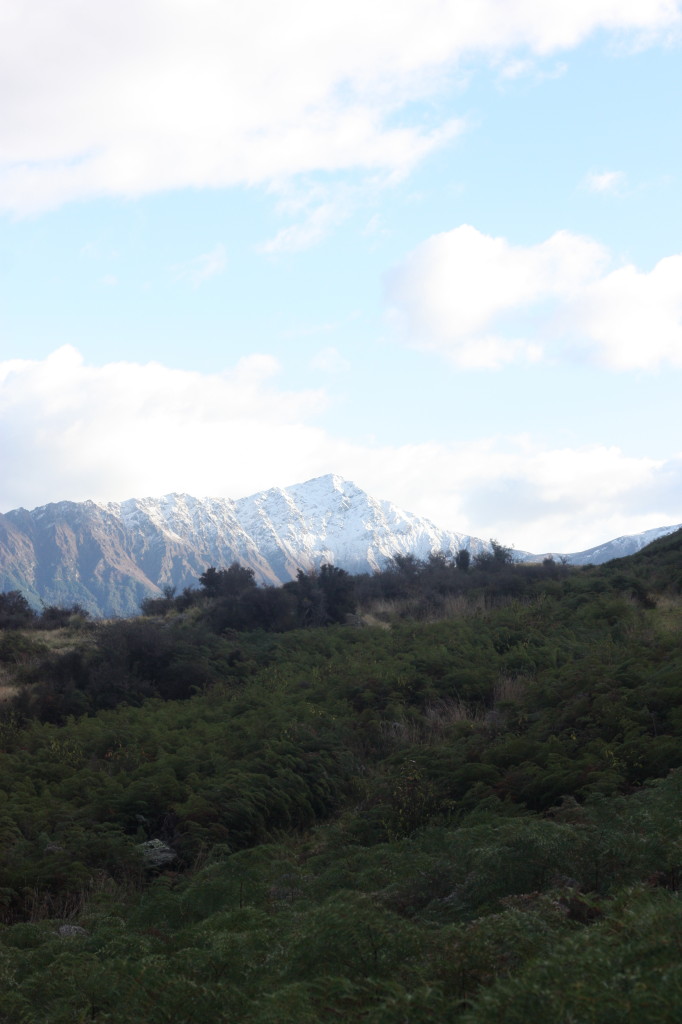 Then I went and stayed with David and Clare on their farm in Oamaru. I can’t say how relieved I was to go from WWOOFing for incredibly wealthy but pretty mean people to really sweet,, intelligent people who treated me nicely and actually wanted to get to know me. I only stayed for two full days, which was a shame cause I would’ve loved to stay longer. They also had beautiful property (fact: if you live in New Zealand and you own property, it’s probably beautiful). I got to stay in a small house with two Americans, Ashley and Jason, who were really lovely and talked with me a lot about books and movies and life. I thought about staying an extra day, but knew that would make saying goodbye even harder. Besides, on the day I left I g=had only had three full days left in New Zealand, so I had to keep moving.

Now I’m back with James and his awesome children in Christchurch, who you might remember Kathleen and I crashed with last year. It’s nice to be back somewhere familiar and spending time with people I like before I go. I finished all my souvenir shopping yesterday, with a bit of money to spare. So maybe I’ll treat myself to something nice on my last day. 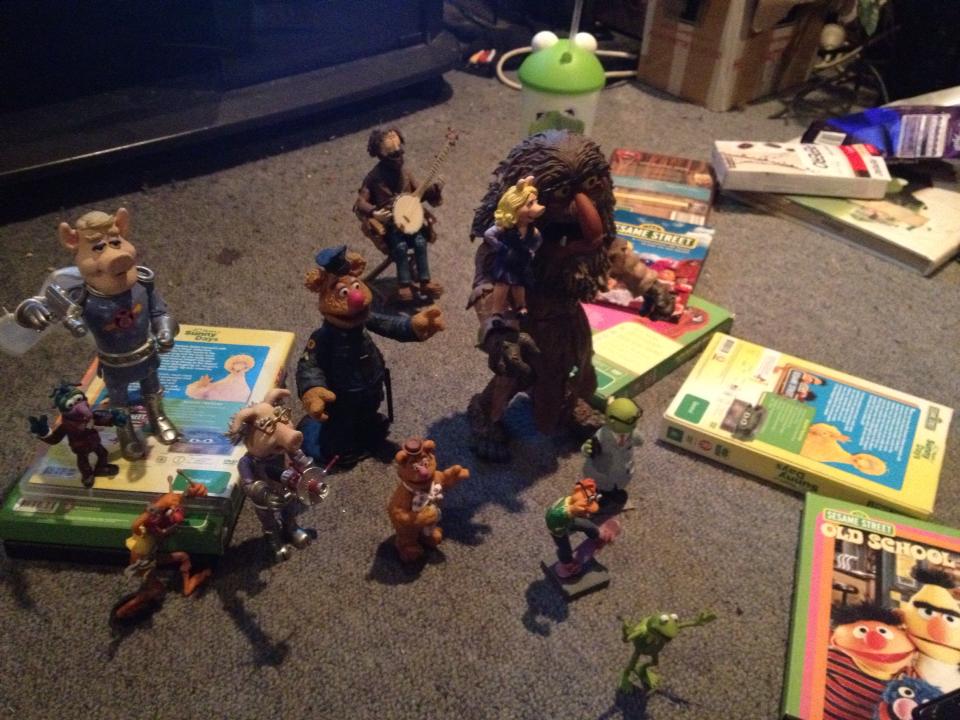 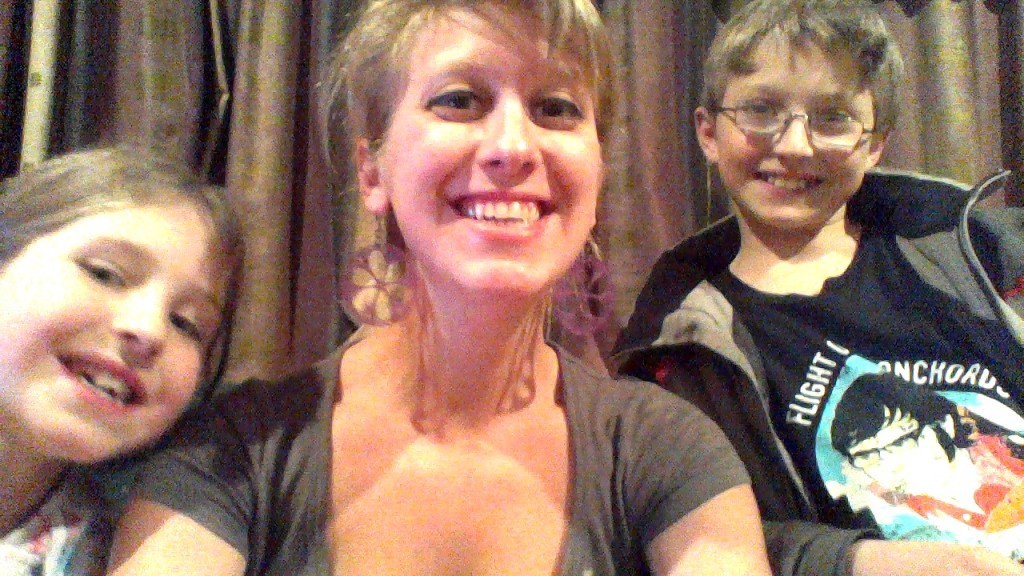 So here we are. Sunday afternoon. I have the rest of today and all of tomorrow, and then I leave for good. I’m not gonna give you an emotional entry. Not just yet. That’ll come tomorrow, and probably again when I’m in the airport.

I will say, for now, it hasn’t hit yet. It doesnt’ feel like I’m leaving this place that has become my habittat; my habitual comfort zone. It feels like i’m crashing with James for a few nights, then I’m taking off to Dunedin or Timaru, or somewhere else close by. Today, while I was buying my brother his birthday present and the store clerk asked me who it was for, I told him how I was going back to the States in a couple days. He asked me what my favorite part of being in New Zealand was. I stared at him for a flicker of a second, the wheels in my brain spiraling together, until I said in my honest manner: “All of it. Every goddamn second has been a gift.”

And I meant it with all my heart. 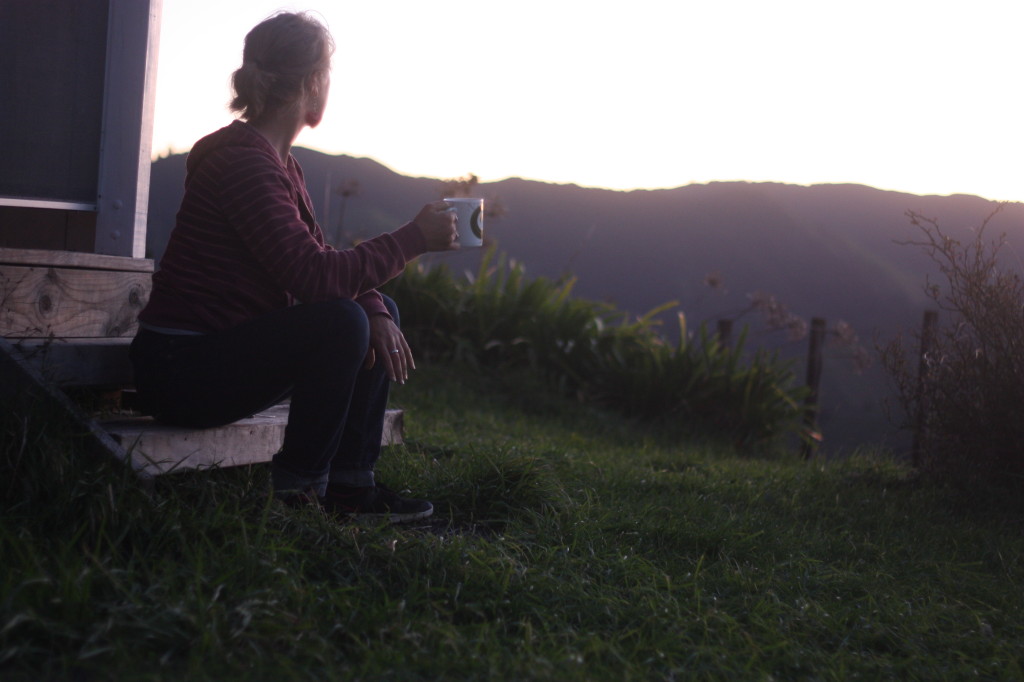 2 thoughts on “Sunday: Wrapping Up My Travels”