I’ve always had an affinity for strong, well-written female characters, and I shouldn’t have to explain why. When I think of amazing females in literature/film/television, I think of Hermione Granger, Ellie Sattler, Eowyn, Korra, Skylar White, Miss Piggy, Buffy Summers, Leslie Knope, Sansa and Arya Stark, Toph, River Tam, Rose Tyler, the entire cast of Orange is the New Black and Orphan Black, and the list goes on and on.

Needless to say, I’m interested in writing about these female characters and what makes them so well-written – covering their strengths and weaknesses; perfections and flaws.

So I thought I’d start with a female character I adore who, well, isn’t exactly well known. 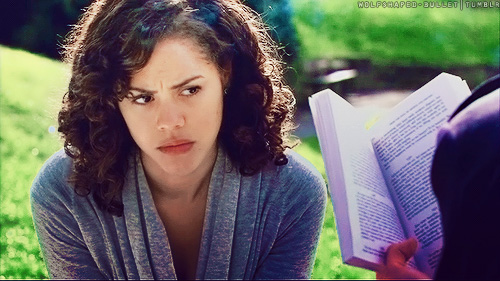 This is Annie Sawyer. She was played by Lenora Crichlow on the BBC television program, Being Human, and was a central character on the show for the first four series.

Since it’s not a super well known show (which is a shame, because it’s got some damn good writing and some of the best philosophizing I’ve ever seen), I’ll summarize. It’s a show about a vampire (Mitchell), a werewolf (George), and a ghost (Annie) sharing a flat together in the present day, and how they learn to cope (well, most times, fail to cope) with their supernatural powers and try to justify why they’re just as much human as the people around them. It’s funny, suspenseful, gore-filled, heartbreaking, infuriating, and one of the best shows you’ve probably never watched. 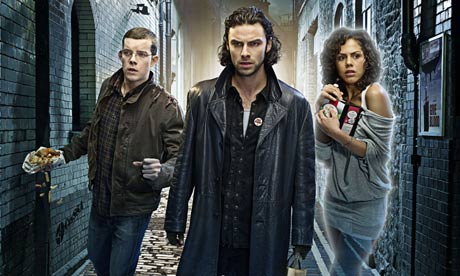 (It’s also currently streaming on Netflix so, really, what’s your excuse for not watching it??)

(Also-also, it’s gonna get a bit spoilery from here on out, so I’ll try to be as vague as possible.)

I really came to love Being Human quite a lot – in case you haven’t noticed – when I discovered it a year and a half ago. I began watching because Aidan Turner, who plays Kili in The Hobbit trilogy, plays Mitchell, but I stuck around for so many other reasons. Like other supernatural shows, such as The Walking Dead and Buffy, the core of this show really comes down to humanity and what makes us, in spite of everything, human.

So. Annie Sawyer. Why am I writing about her? 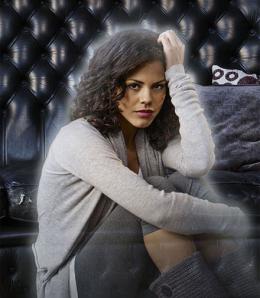 Without giving too much away, I will say that going into the fourth series of Being Human I wasn’t particularly looking forward to what lay ahead. Due to actors leaving the show, there was a sense of comradeship missing between the three flatmates. I did like the couple new characters they brought in, but it took me a while to time adjust to seeing them around so often.

However, what really made the fourth series work for me was Annie. Well, Annie and Eve. Annie is, in my mind, one of the most well-written characters in television that I’ve ever come across. Sure, George may be my favorite Being Human character by far, but Annie… there’s just always been something about Annie, y’know? And with her whole plot line with Eve, well, it really heightened her role on the show for me. When the fourth series came to its end, I was both disappointed and glad to see her go. While I knew I’d miss her as a character, I also knew it was for the best. I was just quite pleased that her storyline came to a rather beautiful end.

Also? Possibly my favorite George-Annie moment of the entire series:

I just want to take a moment to reminisce about what an amazingly well-crafted character Annie Claire Sawyer was on this show. She was peppy, enthusiastic, optimistic, and happy, despite the heartbreaking way of how she ended up as a ghost. Not only that, but she was trusting, caring, and kind to just about everyone. Was she perfect? Good lord, no. She certainly drove other characters a bit nuts at times, and even George hated her in the first couple episodes. Yes, she could be annoying and over persistent, and yet you couldn’t help but love this girl; the tea-making ghost who saved the world. 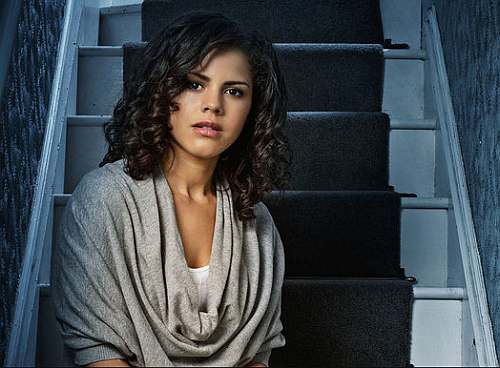 Of the original trio, to me, Annie will always be the strongest. She grew so much over the course of her four series; much more than Mitchell and George ever did. At the start she was a mere dead girl, not really sure what to do with herself, but by the end she became a force to be reckoned with, because she was Annie Sawyer and no one was going to mess with her or her friends or take “her fucking baby” (her words, not mine). She became so very strong, not just in her powers as a ghost, but in mind and soul as well. She toughened up and learned how to take care of her own, but at the same time she never lost any of that peppy, happy-go-lucky nature we first saw in her all the way back in episode one.

And compassion. Oh my god, Annie embodied compassion. She just had so much love to give, so much so that she almost couldn’t go through with saving the entire planet because it meant hurting the one she loved most. Yet, it was love that allowed her to do what she had to do. For the love of her friends, for the love of mankind, and for the love of her baby (because, in the end, Eve really was hers, wasn’t she?). She would not let Eve go through the hell of living as the War Child, of watching the world burn around her just because of what she was, which was how Annie made the hardest choice a mother could ever make, and she did it all out of love. 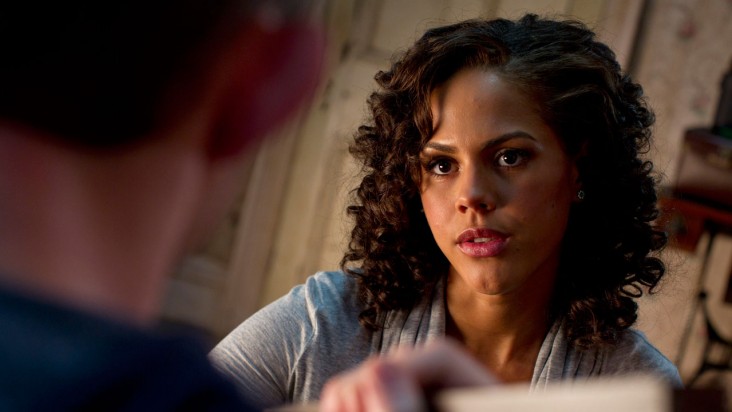 My favorite moment of the entire series is the last shot of Annie at series four’s end. That look that overtakes her face as she opens her door and sees what’s on the other side, oh god, the way she just lights up at the sight of whatever it is tugs at my heartstrings. I’m so glad the creators of Being Human didn’t show us what was waiting behind her door, because, honestly, we as the audience already know what’s there. It’s written all over her face.

As I wrap up this love letter to a truly amazing character, I’ll leave this entry on this one last note: it’s pretty clear to me that George was the brains and Mitchell was the brawn, but Annie?

Annie was the heart.