Don’t get me wrong, when a beloved celebrity passes on I take time to reflect on their work, on their life, and on life in general. It’s always sad to see someone who portrayed characters I adored go. Normally, however, it passes quickly. I can accept that a great person has passed, but also recognize that they were not a fixture in my life, and then begin to move on. Deaths such as Heath Ledger, Phillip Seymour Hoffman, Brittany Murphy, and several others who were taken before their time, are heartbreaking, it’s true, and while I do enjoy their work, my process of grieving was simply writing a Facebook status or a quick reflection about them on Tumblr, and moving on. That’s always been enough in the past.

Then we lost Robin Williams. 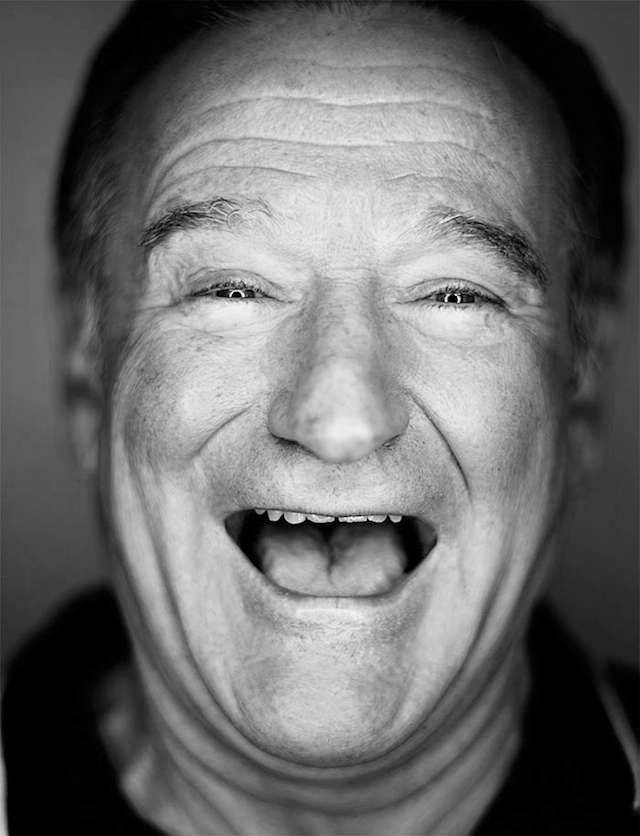 I doubt I have to go in depth about my feelings for Robin Williams. They’re the same exact feelings that every other person in my age bracket has. I will say this though: he was always one of my mother’s favorite actors, which, in turn, made him all the more special to me. Robin Williams, Tom Hanks, and Frank Sinatra are three Hollywood dudes that never cease to bring her to mind.

But oh man. Where to even begin on the man, the myth, the legend. 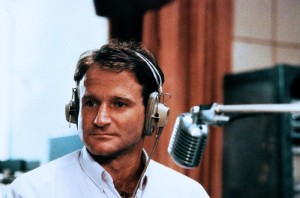 Aladdin was the first film I ever saw in a movie theater, so the Genie has always had a hold on me. I remember the tradition of watching Mrs. Doubtfire and The Birdcage at the beach with my dad, mom, and brother; those two films undoubtedly shaped my view of comedy. Dead Poets Society was one of the major moments in my life where the idea of being a writer became plausible. Jumanji literally made me hide under my chair as a six year old, Hook brought me back to Neverland, and Batty was the best part of Fern Gully, hands down.

The point I’m trying to make is that Robin Williams has been a part of my life since I was two, and continued to be a consistent part of my life ever since. Even when I was older, he popped up in Patch Adams, Good Will Hunting, A.I., Awakenings, and episodes of Louie, Friends, and Wilfred. 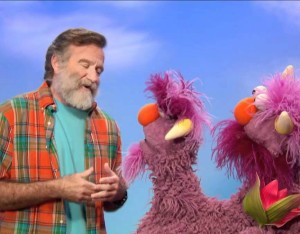 The only celebrity death to really hit home before this one was the death of Muppeteer Jerry Nelson two years ago. That was the first time I’ve really lost someone from TV/film who’s made a major impact on my life – someone who really changed me as a person. Robin Williams also falls into that category of people. It’s difficult to see someone who’s been there throughout your entire life – despite always being on a TV screen – exit this earth.

Where I struggle with losing Robin Williams is that, not only did he go before his time, but he was also dealing with a heavy dose of bipolar disorder, anxiety, and depression – two of which I am well acquainted with. It’s heartbreaking, and hopefully the one silver lining we’ll take away from all of this is that mental illness is something we should take seriously. 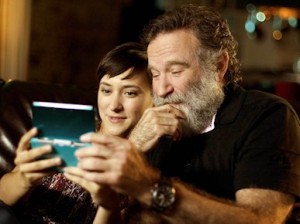 That’s the thing about losing Robin Williams, guys. Not only was he one of the best entertainers and comedians to ever live, but he was also just a damn good person. 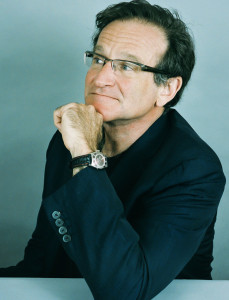 I am moving on from this loss, slowly but surely (Jerry Nelson’s death back in 2012 left me in a state of depression for several months, so it’s nowhere as bad as that). The way I’m mourning and moving forward is by, of course, rewatching all my favorite Williams films, as well as a few I’ve never seen before. When I was up in Seattle, Rachel and I watched The Bird Cage, and the other night I watched Hook, Aladdin, and Mrs. Doubtfire. There’s a long list of others to revisit, so I’m gonna be plenty busy all this upcoming week.

To end, I thought I’d share the poem I wrote for Williams. I’ll be preforming it at this upcoming Portland Poetry Slam, but I thought it’d be a nice cap to the entry.

And, well, all that’s really left to say is this:

To My Crowing Lost Boy.

I imagine them pouring dirt onto your tear stained casket,
the shovels collecting eons worth of earth
and covering you in it.
Embracing you in soil.
Tucking you in
like you’re the toddler that you’ve always been,
drifting off to lullabied slumber,
getting the rest you so dearly deserve .

Father figures were never something I lacked as a child.
I have never been in want of a patriarchal mentor to guide me,
provide me with life advice,
insight, foresight, hindsight, and dumb dad jokes.
They were everywhere.
Strong willed men in my family,
on my block, on my TV screen,
and you were always one of them.

Our Americana jester.
Our childhood clown.
Our humble funny man.
Our slapstick, highbrow, lowbrow, ba dum psst genius.
Our man bursting into tears
when he admits: “But doctor, I am Pagliacci.”

You were
my crowing lost boy,
my homely nanny,
my quoter of Thoreau and Whitman,
my board game companion,
my granter of wishes thrice,
my cross wired bat.

And not only that,
but you were my fighter.
For sixty-three years
you fought so desperately for life
and everyday was a triumph
because you did not cave.
You packed your punches
with comedy and good will,
yet, even still,
in the end,
you lost.
Through all the laughter and the joking
you still felt
the world was something that did not need you.

I wish I could say to you
that after all these years, through and through,
that I was always rooting for you.

You taught me that being a writer is a noble pursuit
and a love of poetry is as necessary as air.
That growing up doesn’t mean childhood has to ever end.
That I should never hide what makes me “me”
and how I should never change myself for whatsoever company.
That family means doing absolutely anything and everything
for my love of them,
even if that means a little cross dressing.

And you taught me how to fight,
but not with the strength of my fists
but with the grace of my words
and the hum of my laughter,
because my intelligence and wit
is my greatest weapon
against the bullies in my life
and the demons in my mind.

The demons who got the best of you.
The demons who told you that you were not worth
your breath or your stance or your bark.
The ones who slapped you down and laughed in your face;
a laughter you were not used to.
Those demons.
Those fucking demons
who made you believe that nobody would care.

Well they were wrong,

because you were my generation’s almighty father of film;
the fabric of our childhood.
You were the one who would do anything
to get a laugh out of us – which you always did.
You were our mentor, professor, therapist, mad scientist,
doctor with a funny bone in every limb.
Nobody is going to forget you
and this one last lesson you have taught:
that mental illness is a malicious chameleon
and sometimes the people with the biggest hearts and loudest laughs
are the ones suffering the most.
You are proof of this,
and it breaks me in half
that no one was there,
in the end, to hold your hand and tell you
that we always were so grateful to have a friend like you.

So, as one Julia stealing the words of a
much more well known and well liked Julia,
let me say to you, Robin, wherever you are:

“You know that place between sleep and awake,
that place where you still remember dreaming?
That’s where I will always love you, Peter Pan.
That’s where I’ll be waiting.” 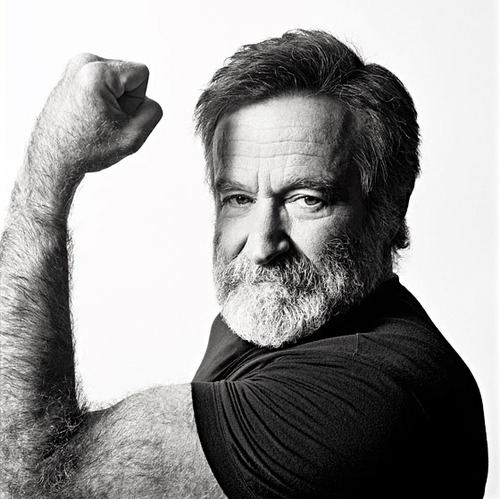