Whoa. Hey. Can you believe that we’re already through with the first month of 2016? I sure as hell can’t. Time is… well, it’s weird. Am I right?

So I’ve been spending a lot of time these first weeks of 2016 contemplating not only what all I accomplished in the last year, but what I’d like to accomplish in the dawn of yet another new year as well. I wanted to get this blog entry up sooner, but mulling things over took longer than anticipated… plus I’ve been kind of awful at motivating myself to write recently. More on that in a bit.

Before I delve into what I want this new year to look like, I thought I’d reflect on 2015. I planned on listing off which of last year’s New Year’s Resolutions I succeeded and failed at, but instead of focusing on (the numerous) goals I didn’t quite reach in the past year, I figured I’d just make a list of all the awesome things I did accomplish in 2015.

But it wasn’t without its struggles. 2015 was one of my worst years dealing with mental health – the severe anxiety I suffered during my final year of college came back in full (less panic attacks though, thankfully) and my depression upped the ante by being a regular party guest in my head. I dealt with a lot of stress (related to finances, work, creativity, and just life in general) and ended up carrying a lot of tension in my body on a somewhat regular basis. Although I spent the last year surrounded by wonderful people and doing the things I loved most, my brain was… well, my brain was kind of a dick. An entry for another day, perhaps.

I think, in this past year, I came far in both establishing myself as a writer and (groan) an adult, but I still have a lot of learning, growing, and discovering of myself to do. (How’s that for a dramatic statement, Chris Sackett?)

I feel one of my main problems with previous New Years’ Resolutions (and even summer / winter bucket lists I’ve written) is that I get too technical – too specific – while also taking on too many inane goals. I pile up a lot of easy to achieve tasks, along with harder goals that need more focus and drive, and, in the end, only achieve what’s easy. It’s a bad habit that I’d really like to nip in the butt.

Which is not to say setting specific goals aren’t always good. On the contrary, I work well with deadlines and specifics. The problem remains that I heap way too much onto myself, try to tackle everything at once, flounder, and feel like a failure. In coming up with these New Year’s Resolutions, I tried to have a bit of both. Some things I’m trying to tackle in a more broad sense, while others I’m still using specifics and deadlines. We’ll see how it goes.

So what do I want next year to look like?

Much like the vast majority of women in America, I have a very difficult relationship with my body. I’m constantly struggling to love it within a society telling me that I either “don’t care enough about my looks” or that I’m “way too vain for thinking about my looks so often.”

I must admit, in the past I’ve been guilty of setting those stupid body resolutions. “I’m gonna lose ten pounds!” “I’m gonna diet!” “I’m gonna eat barely anything!” “I’m gonna work out every single day!” “I’m gonna do all this and finally be happy with my body!”

This year, I’m going to honestly try loving my body. Which is much harder than it sounds. My self loathing can be particularly strong, but it’s been 10+ years of loathing and I’m just through, y’know?

I want to make my body the home I love to live in. I want to start running regularly (once the weather turns nice again), because I like feeling my body know strength. I don’t want to restrict myself from eating – but I also want to be careful about not over/under eating when my depression kicks in (I’m guilty of both, depending on the day). I want to cut off all my hair again – cause why the hell not? I want more tattoos. I want to try out new makeup and buy new clothes. I want to not wear makeup and still feel beautiful. I want to love my body. I want to and I’m ready. 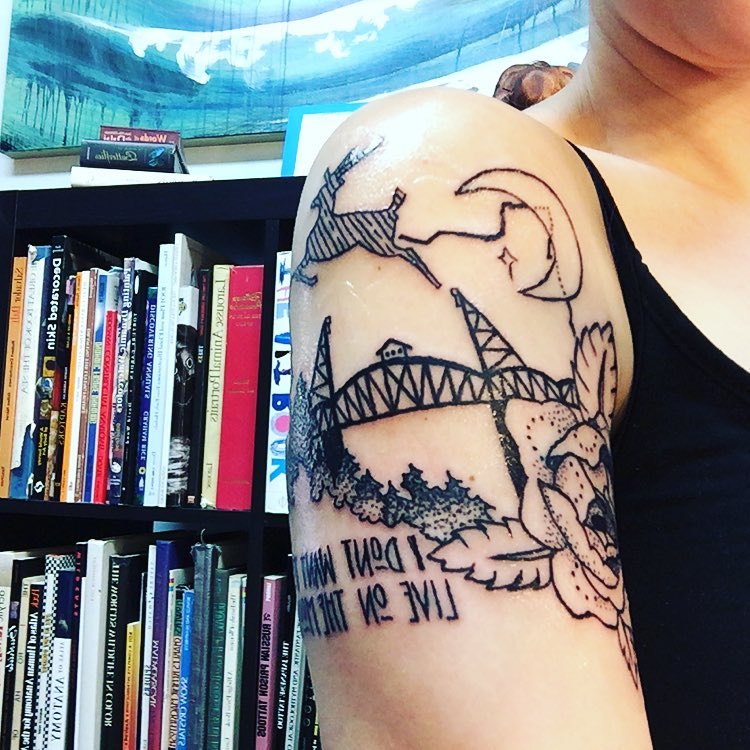 So, as already stated, I meant to write this entry weeks ago. I kept putting it off, telling myself I was waiting to hear back if I made the WOWPS performance list or not. That was partially true, but here’s the other sad truth of it:

The set of the web series I wrote for.

Recently I’ve been putting off writing.

This isn’t just blog entries – which, hah, I’ve barely written any on here in a while. I haven’t touched my novel and screenplay ideas all of last year, and short stories are a thing I seem to have forgotten how to write. More disheartening, I’ve had awful writer’s block for poetry throughout all of January, which is such a drag. This has obviously been a major bummer, as writing has always been my go to form of self expression. I’m hoping the writer’s block lifts sometime soon, and I can kick this year into gear.

One of my big goals of this year is to work towards writing daily – something I haven’t done in a long time. I want to get back into the grove of writing poetry again – and hopefully submit a lot more work this year to online journals (I’ve already been featured on Thirteen Myna Birds this year!). I’m also hoping to jump on some novel/screenplay ideas that I’ve been sitting on for far too long; it would be lovely to finish one for a change.

And, most exciting of all, Pencil Ink is going to be starting up a second web series this year. I’m going to be one of the Producers this time around, as well as a staff writer. I can’t wait for us to begin!

Remember last year when I said how I was looking forward to quitting my office job and figuring out what it is I want to do with the rest of my life?

I don’t want a repeat of last year, wherein I exclaim at the start “TOTALLY GONNA QUIT MY JOB THIS YEAR, GUYS, LOOK OUT WORLD LOLOLOL” and then fail miserably at doing so. I am, however… optimistic? Hopeful? Something along those lines. First, I want to create some financial stability in my life – something I could be a bit better about. Put money in savings, pay off credit cards in full, buy a new laptop, all that boring stuff. 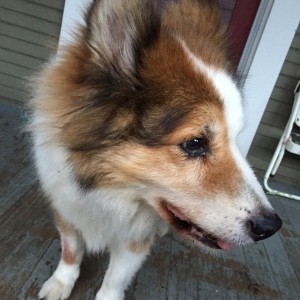 Then it’s just a matter of figuring out what I’d rather be doing with my time. I’ve been mulling over becoming a professional dog trainer…? It’s a possibility, right? A job where I’m outside, not working in an office, and working with dogs? Sounds pretty perfect. But it’s definitely something I’d need to research more, and then I’d have to ask myself if I really want to go back to school. (The answer is no, but short term school might be an exception.)

On the side, I’ve been doing paid dog walking/sitting and some minor freelance writing work. Once life gets a bit less hectic (ie. around mid-March) I’m hoping to find more of both of these things.

Travel is a thing that has always been very important to me, and despite not really having the financial means since returning from New Zealand, I think I did an all right job traveling around the NW last year. 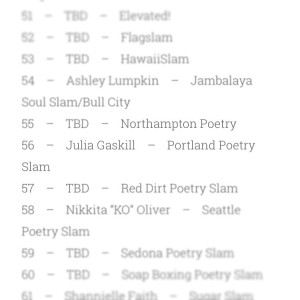 This year has some bigger things in store. Besides traveling back to Spokane in January, Stephen and I are heading to California at the end of February for a full week at Disneyland. Then, in the beginning of March, I’m heading to New York to see Hamilton and compete in WOWPS – my first ever indie poetry event!

Those are the only big travel plans set in stone thus far, and it’s a bit of a bummer that they all take place in the first three months of this year. I’m sure, though, we’ll get to revisit some NW favorites, and maybe even get to visit some places around Oregon and Washington. Plus there might be a chance of heading to Arizona and/or Georgia later in the year. Fingers crossed!

I learned something in 2015: I am very good at keeping busy. Working out or going on runs. Speed reading books to write reviews. Coffee dates with friends. Deep cleaning the upstairs bathroom. Running errands. Reorganizing my dresser. Giving Gobo baths. Doing dishes. Cleaning my car. Dusting. Writing articles. Helping out on film sets. Yes, busy work is a thing I am amazing  yet.

What’s more, I kind of like busy work. Keeping busy, in my mind, means I’m leading an active life of deepening relationships, bettering myself, and becoming a full fledged (groan) adult.

However, there is a downside of keeping so busy. Two downsides, really.

The first, as already discussed, is that I rarely make time for my personal projects. I barely touched any of my own creative ideas – besides poetry and the web series – last year. A lot of things fell by the wayside when I really didn’t mean them to. Boo. 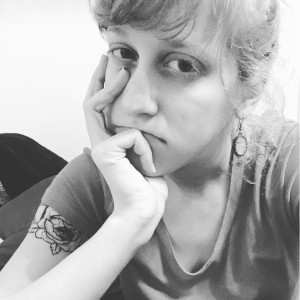 I’m pretty sure I never signed up for this depression / anxiety combo package. Can I get a refund?

Secondly, I sort of forgot how to relax…?

Busy work is fine, but my brain has started doing this thing where it gets anxious about everything. Literally everything – this is not an exaggeration. At the end of every work day my brain starts concocting lists of all the things I need to do (ERRANDS! READ ANOTHER TEN CHAPTERS OF YOUR BOOK! PLAY WITH GOBO! VACUUM YOUR ROOM! REORGANIZE YOUR BOOKSHELF! REORGANIZE IT AGAIN! WORK OUT! GAAAAH!!!) and I end up spending my free nights stressing over completing tasks that are… well, that aren’t really all that important in the long run.

I want to teach myself how to relax again; how to not stress over the unimportant. I want to read books without feeling the need to complete them rapidly (here’s looking at you October 2015, when I read five Stephen King books). I want to not feel defeated when I don’t complete every task on my To Do List. I want to remember how to breath normally again. I’ve been carrying all this tension in my body for the last year, and I’m ready to let that go.

I haven’t been doing a great job on the relaxing-front this year thus far. All of January I’ve been plagued with sharp mood swings, long bouts of depression, and constant stress. It hasn’t been great. Far from great. Miles and miles away from great, actually.

But I’m trying. I’m honestly trying to remember self love and self care. It’ll be an uphill battle, I’m know, but I think I can do it.

Anyway, despite expressing all these goals and hopes, I have no idea what this year will have in store. It could be the most godawful year of my life, or it could be amazing and blissful and revolutionary. The future is more terrifying than the thought of being lost in space (just kidding, NOTHING IS MORE TERRIFYING THAN BEING LOST IN SPACE, UGH), but it’s something we all have to face. And anyway…

I’m eager to find out what the hell’s in store. 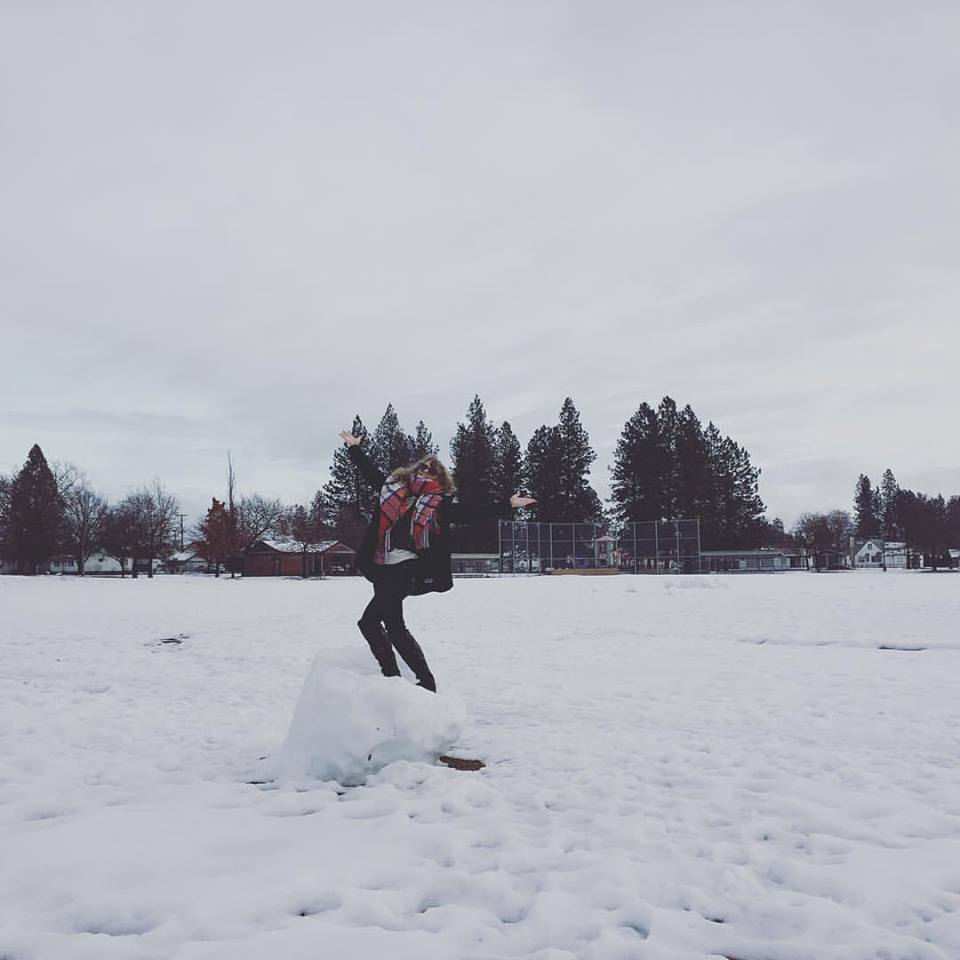