In preparation for this trip, I’ve been reminded of the following items: 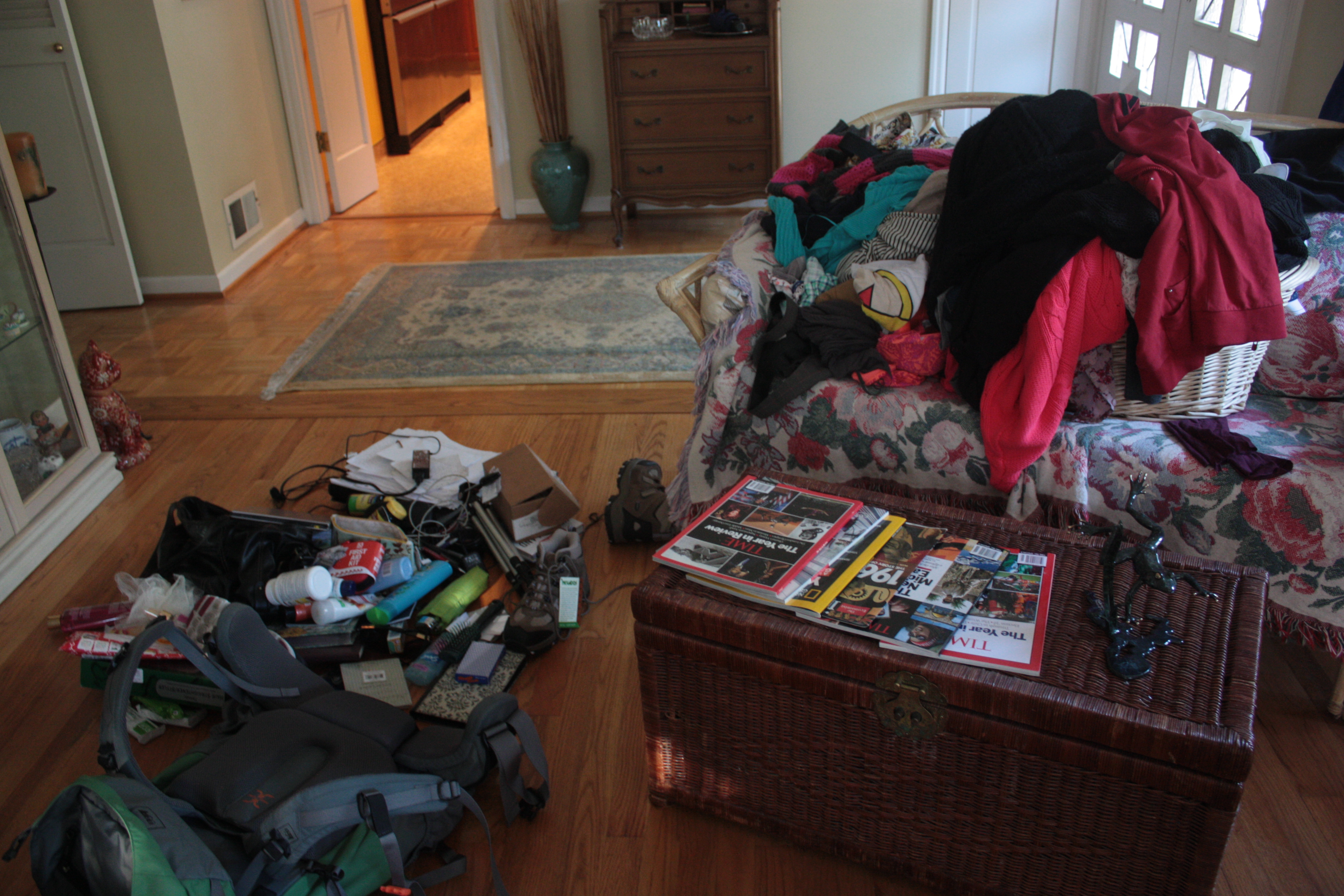 “I can totally fit all of that into my backpack,” she said delusionally.

But my last week here in the States – with the exception a mega stress eating/crying breakdown yesterday – has been a good one. I’ve gotten the chance to spend some time with my family, I’ve seen a slew of friends (and am seeing even more tonight), I got a lot of prep work for my travels out of the way, and I got to go to the beach this Wednesday. All in all, not a bad way to spend your last week before taking off traveling for an entire year. 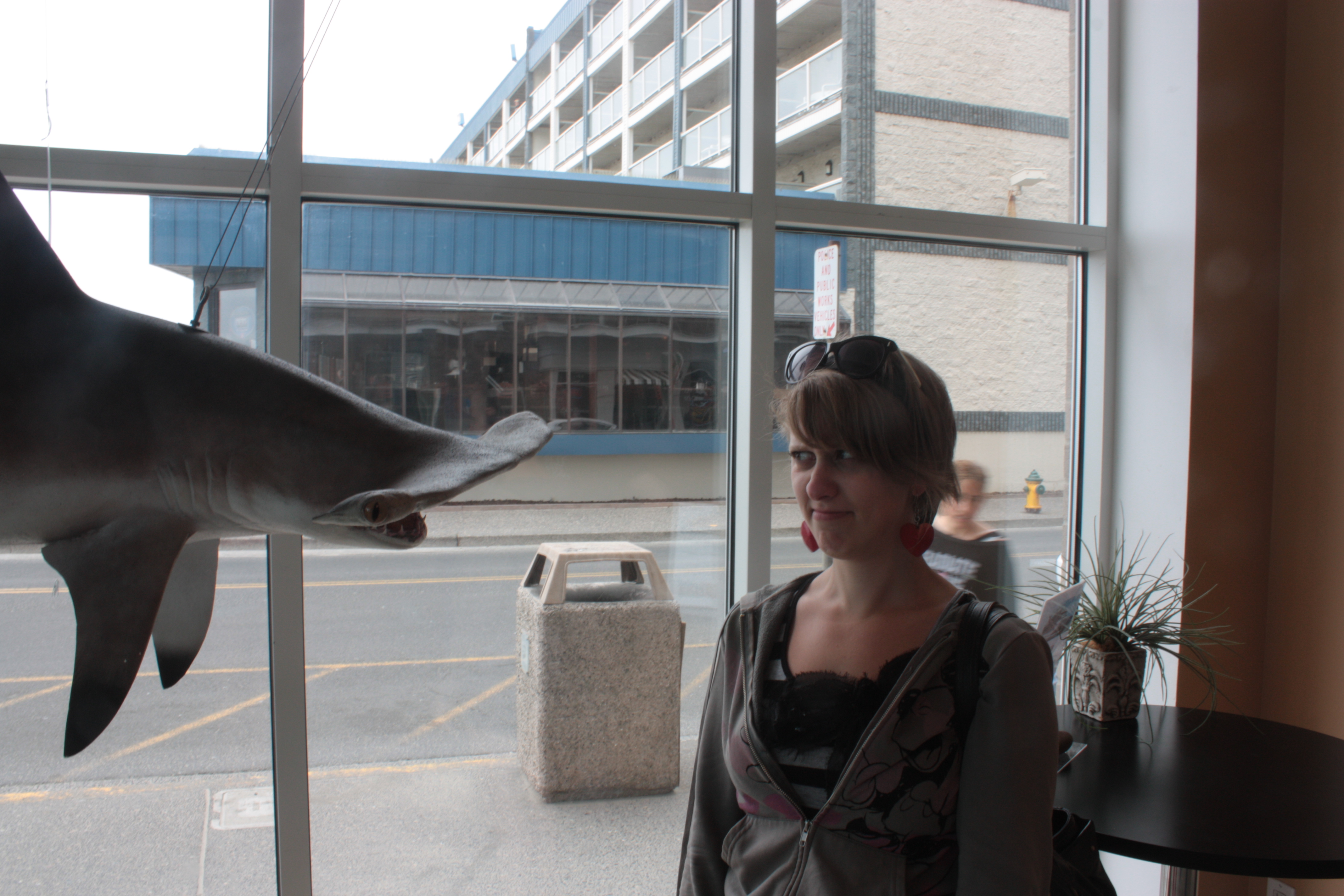 I didn’t like the way he was looking at me.

Anyway, for this week’s Fan Girl Friday, I thought I’d do another simple list. This week I’m gonna focus on eight of my favorite Disney soundtracks. All of them should really be a give in, but it was fun to write up nonetheless. Enjoy!

(Side note: These are all just animated features. If I was doing Disney films in general, then Newsies and Mary Poppins would have definitely made the cut.) 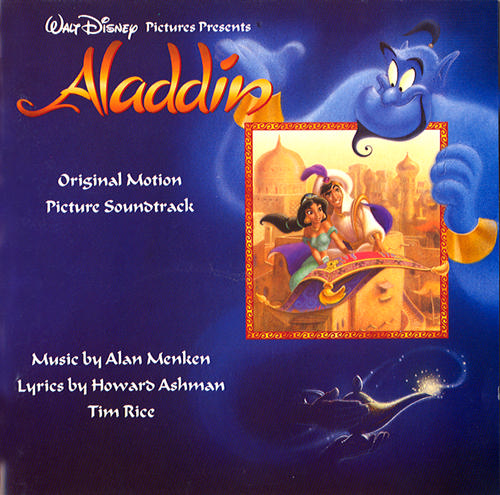 Aladdin is on here because, like every other soundtrack on you’ll see on this list, each song from this film is a home run. From ‘Arabian Nights’ to ‘A Whole New World’, this soundtrack is stellar. The weakest song is probably the ‘Prince Ali (Reprise)’ and I don’t even skip that one when it pops up on my iTunes shuffle.

Disney did it right by recruiting the one and only Alan Menken (ie. the man I wish would write the soundtrack of my life) to act as the composer, with lyricist duties given to the amazing Howard Ashman and Tim Rice. Rice went on to win an Oscar for ‘A Whole New World’, and Menken won the Oscar for Best Score. Plus you can’t go wrong with a soundtrack that’s got Lea Salonga’s perfect voice, and Robin Williams nailing both his Genie songs.

And, honestly, what small child didn’t run around their house singing “One Jump (Reprise)” to themselves? What? That was just me? I see how it is…

Another Menken-Ashman collaboration masterpiece. Just like Aladdin, this soundtrack won both Best Score and Best Song (‘Beauty and the Beast’) at the Oscars the year it was released. Pretty unsurprising, if you ask me.

This is a gorgeous soundtrack, with a beautiful score and a wonderful voice cast. Paige O’Hara’s Belle is lovely, Jerry Orbach’s Lumiere is fun, and – for god’s sake – it’s got Angela fucking Lansbury in it. The ‘Belle (Reprise)’ remains to be one of my favorite songs to emote along with, and ‘Be Our Guest’ and ‘Gaston’ are some of the most fun Disney songs to sing along with. 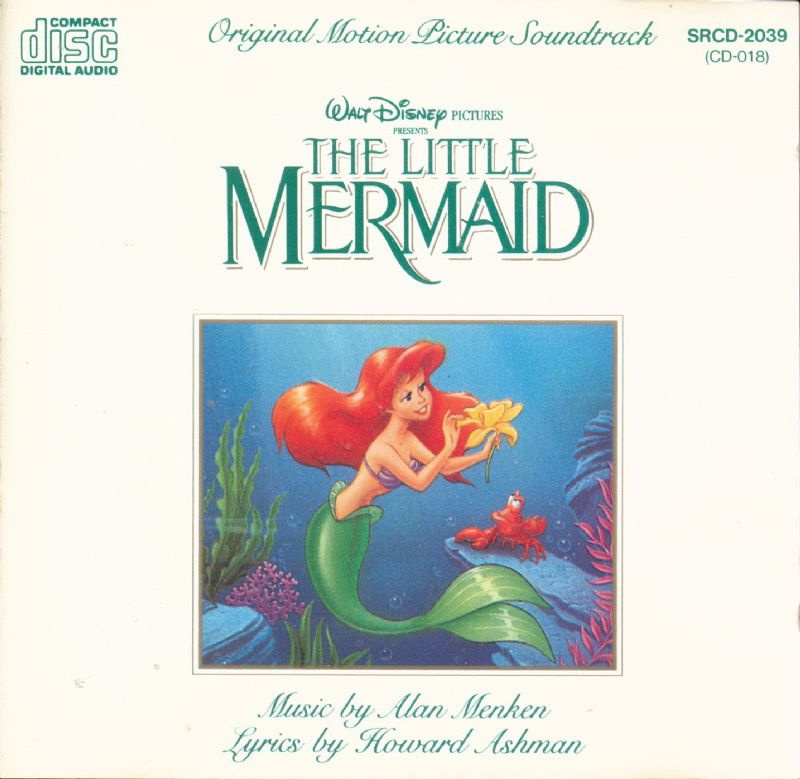 As most Disney fanatics know, The Little Mermaid was the start of the Disney Renaissance (ie. the era where Disney put out amazing movie after amazing movie, lasting from the late 80′s until about 2000). It also was the first Disney feature Alan Menken was hired to score, and, you guessed it, collaborated with Howard Ashman (though the two had worked together prior on the stage musical Little Shop of Horrors).

Little Mermaid is probably my favorite of this group of soundtracks. I could take or leave ‘Fathoms Below’, but you seriously cannot go wrong with a soundtrack that has ‘Part of Your World’, ‘Kiss the Girl’, ‘Under the Sea’ (which won Best Song (the film winning Best Score as well – again, no surprise)), and ‘Poor Unfortunate Souls’. This is also my favorite of all the Disney scores. Whenever I listen to the track ‘Main Titles’ I get all choked up when the music swells at the very end. This soundtrack is just lovely music at its finest, and anyone who claims they don’t know any of the songs from it is a damned liar. 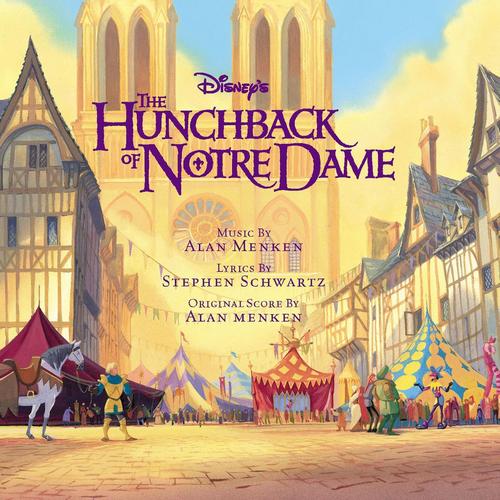 I remember being a kid and my mother verbally expressing distaste for this movie. Whether it was because it was so different from the original source material (which would understandably tick off my English teacher mother) or because it was much darker/grittier than the past Disney films, I’m still not entirely sure.

But this movie has, without a doubt, one of the loveliest soundtracks out there, and is one of the most under appreciated Disney animated films. With Alan Menken composing and Stephen Schwartz taking up the reins as lyricist (by this point Howard Ashman had passed away from AIDs), the two presented a truly amazing score. ‘Hellfire’ is irrefutably one of the best songs Disney has ever released, though I doubt Disney will ever admit that due to the song’s kind-of-inappropriate-for-children feel. It’s also got ‘Heaven’s Light’, ‘Out There’, ‘The Bells of Notre Dome’, and ‘God Help the Outcasts’, making for one fantastic listen. The score was nominated for an Oscar but, alas, it did not win that year.

Also, you really can’t go wrong with Tom Hulce singing, like, at all. 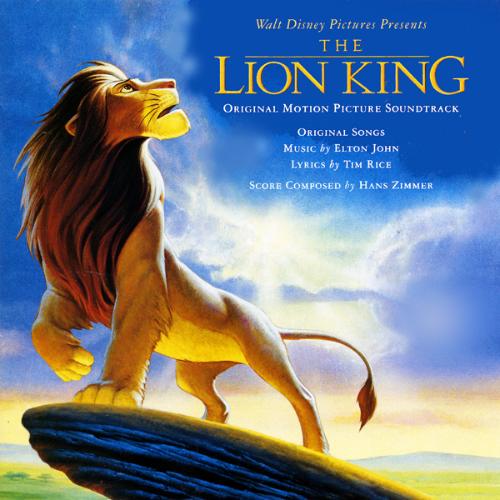 Everyone loves The Lion King. If you say you don’t, you’re a liar. What’s more, everyone loves the songs in this film. And guess what! It wasn’t done by Alan Menken! I know, I’m as shocked as you are. This gorgeous score was done by Hans Zimmer, with the delightful Tim Rice and talented Elton John on lyrics. It features many wonderful vocal talents (Nathan Lane being my favorite), and every track on this CD is pretty much a win. I’d list off all my favorite songs, but that would be, um, all of them, so I’ll save myself the trouble.

(Fun fact! During the recording of ‘Be Prepared’ Jeremy Irons’ voice gave out, so Jim Cummings (ie. Winnie the Pooh, Tigger, Ray the Firefly, Pete (Mickey’s enemy), Steele from Balto, and pretty much a character in every animated thing you’ve ever watched because, holy fuck, he’s awesome) came in and finished singing the song for Irons.) 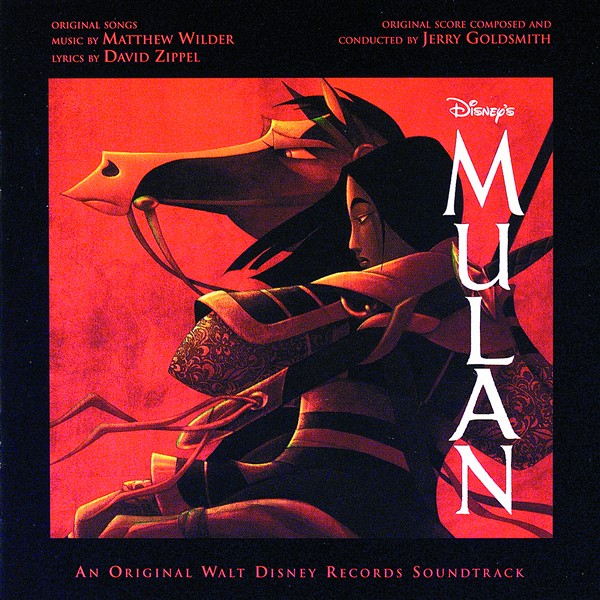 I remember being eight and going into the movie theater to see Mulan. I was not excited. Leading up to this film all I had seen was a teaser for it that did not go in-depth into the plot. All I knew about it was that it revolved around a battle, some girl dressed up as a guy, and there was an avalanche. Didn’t seem like it would strike my fancy.

Well, it most certainly did strike my fancy. I can remember leaving the movie theater that day, desperately trying to remember the words to ‘Reflection, which just goes to show that Mulan has such a kick ass soundtrack. Scored by Jerry Goldsmith, with lyrics by Matthew Wilder and David Zippel, the soundtrack has such memorable songs as ‘I’ll Make a Man Out of You’, ‘Reflection’, and ‘A Girl Worth Fighting For’. Not to mention they brought Lea motherfucking Salonga back, which is just the best. 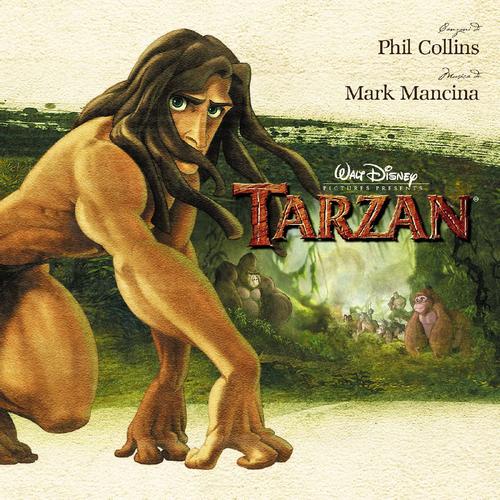 I love, love, love, love, LOVE this soundtrack. It’s my favorite thing to put on when I’m biking. Or working out. Or doing dishes. Or walking. Or, well, doing just about anything really. With a score by Mark Mancina and songs by Phil Collins (who took the Oscar for ‘You’ll Be In My Heart’ (sorry South Park)), this is a gorgeous piece of art.

The funny thing is that, out of all the soundtracks on this list, this is the only one where most of the songs are not sung by characters, but rather serve as background music, which somehow manages to work perfectly with the film. (The only two songs that integrate the characters from the film is the short version of ‘You’ll Be In My Heart’ (Glenn Close) and the whole ‘Trashing the Camp’ scene (which, oddly enough, is the only song I can’t stand on the entire soundtrack. There’s even a cover of it done by N*Sync on the soundtrack. Why the hell does that exist?)). But seriously, ‘Strangers Like Me’ is one of the greatest songs ever, and there is no better power song than ‘Son of Man’. 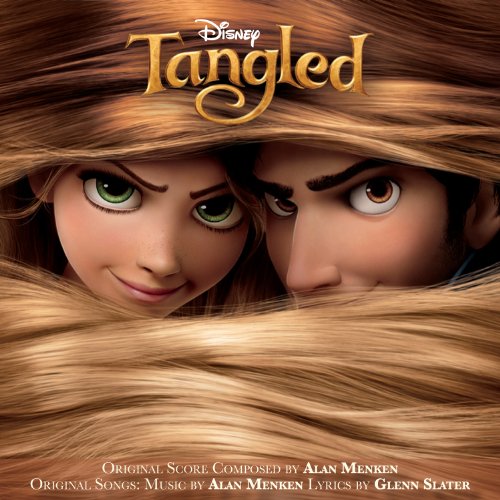 Tangled is the newest film by far on this list, but it’s definitely earned a special place in my heart. I didn’t see this one in theaters because I was really iffy on how this classic story would be told, but friends kept badgering me to see it. So, finally, I rented the DVD, and man oh man, I was in tears by the end of it. What a beautiful film, and what an equally beautiful soundtrack! The song ‘I See the Light’ was up for an Academy Award, and although it didn’t win, it did take home a Grammy that same year. This soundtrack also has other great songs like ‘Mother Knows Best’, ‘When Will My Life Begin’, and ‘I’ve Got a Dream.’ Plus the score is a lot of fun to listen to. All in all, a wonderful soundtrack.