Well, it looks like this blog might be slowing down a bit, at least in terms of recounting my tales of trekking around New Zealand to you all (though I am well aware I still owe an entry about Hobbiton – soon! I promise!). While these last two and a half months have been fabulous, I’ve hit a roadblock of sorts.

While I like to think I’ve been doing a decent job saving money – and I do think that I have – Kathleen and I did *ahem* a fair amount of pricey things together during our travels. Skydiving in Taupo, Hobbiton in Matamata, Lord of the Rings tours in both Queenstown and Wellington, not to mention some pricey purchases at Weta Cave. All of these things were fabulous and I’m so glad to have done them, but they did cost a pretty penny. I’m not completely broke just yet, but it’s getting to the point where making money should probably be something I start doing soon.

Which is precisely what this entry is about! How it’s time to be an adult in New Zealand and start hunting for both work and a place to live.

Yeah, cause y’know, I’m totally an adult, no questions asked.

I’ve made a few references in the last couple blogs about beginning job and apartment hunting, but I thought I’d tackle the subject a little more head on in an entry of its own, considering it is a thing that is now actively happening in my life.

I got into Wellington on Saturday and met up with this lovely lady right here. 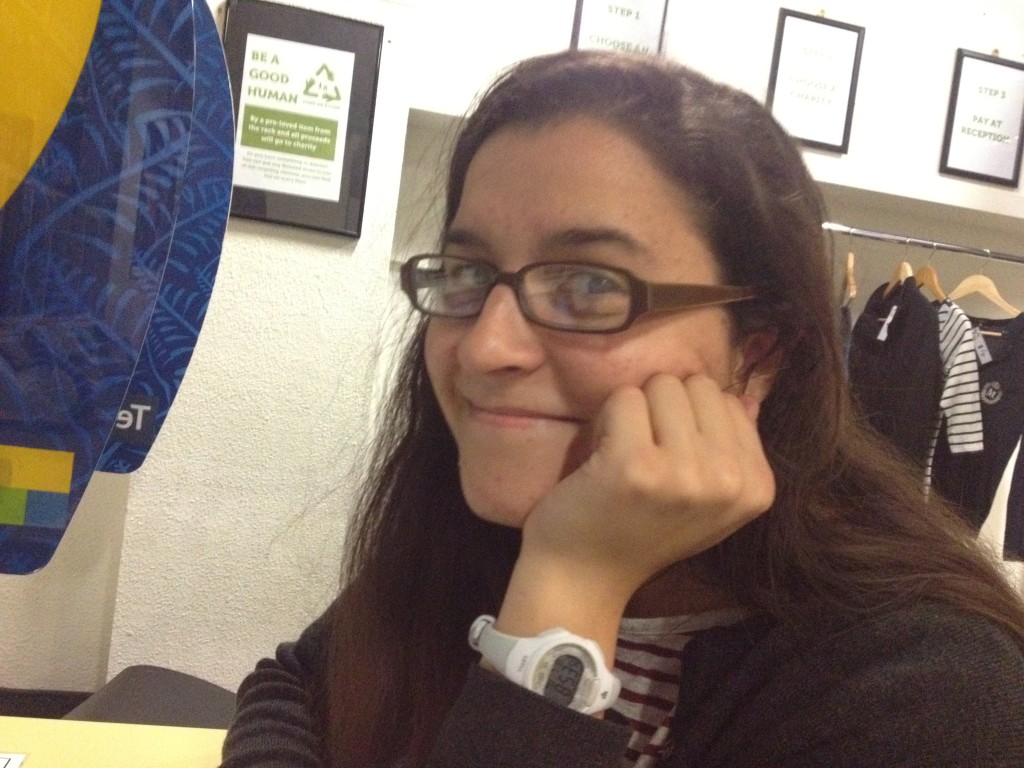 That’s Cheryl, who I’ve mentioned on here before. As a refresher, Kathleen and I met her while we were staying in our Queenstown hostel and ended up getting to know her quite well. The three of us clicked right away and made sure to swap contact info before Kathleen and I took off for our third time in Wellington. Eventually Cheryl and I got to talking and one thing led to another and, well, now we’re both in Wellington (my fourth time here) looking to share an apartment together.

I don’t have too much to say about job and apartment hunting in New Zealand, so this is going to be a fairly short entry, but I figured it was worth sharing the experience thus far.

We’ve been apartment hunting pretty much since the instant I got into Wellington – well, maybe not the instant, I think I probably showered first, but you get the idea.

For the most part we’ve been scoping out apartments online via the sites nzflatmates and Trade Me. Most of the places we’ve seen have been pretty decent, though there have been some quirky ones. There was this solar paneled cabin that requires you to provide your own generator and has “a sound vent allowing communication between the rooms if needed” (why is that a thing?), and then there was this shack: 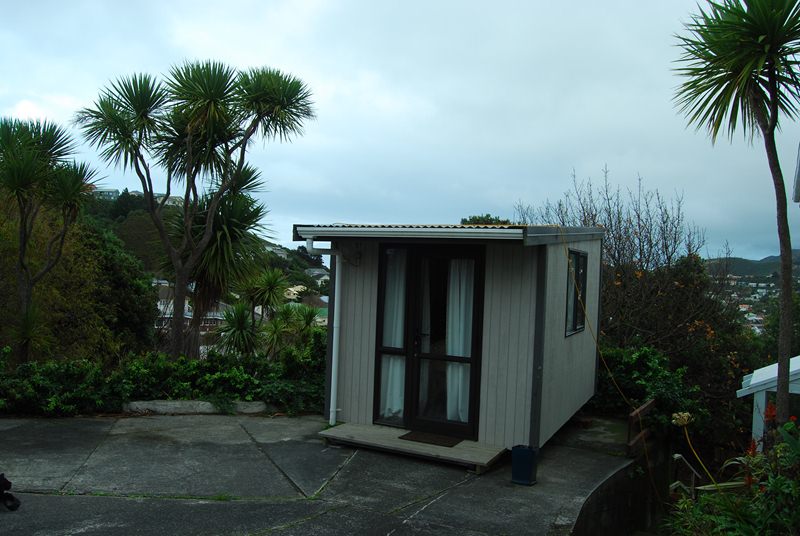 We’ve sent out some feelers for several flats and have heard back from a few of them. Unfortunately, two of the places we heard back from had owners that are currently out of the country that offered to mail us the house keys after we gave them rent, which meant no flat viewings before move in. Basically it had sketch written all over it. (One of those places was owned by an Evangelist who relocated to Nigeria. I don’t even know how to process that.) Then yesterday we viewed an apartment, but unfortunately the girl isn’t moving out until next month (or maybe it was fortunate, considering it was a one bedroom place that was up a massive hill).

It’s also worth noting that rent here is paid on a weekly basis, which is kind of weird…? Rent tends to be $150 to $300 per week per person for most apartments, which seems like a lot, but considering minimum wage here is $13.50 it’s not all that bad.

Anyway, today we went and saw some pretty fabulous flats in a giant apartment unit that all come fully furnished and at a reasonable price. It’s looking pretty positive that we’re probably gonna go with one of these units.

This leads into the five criteria points we’ve been using to judge apartments:

1. Proximity. Cheryl and I agree that Central Wellington is where we want to be located. It’s where all the restaurants and shops are, there are several museums and movie theaters and other fun things, it’s got a great night life scene, the ocean is just a stones throw away, and it’s basically just a great place to be located.

2. Furnished. I’ve never needed a pre-furnished place before – save for freshman year of college. Normally I just drag my bed, dresser, and nightstand along with me whenever it’s time to move. Unfortunately strapping my bed and dresser to my backpack wasn’t exactly an option for this trip, and I don’t really want to spend a ton of money on furniture I’m just going to sell a few months down the road. Lucky for us, a lot of places are fully furnished. The apartments we looked at today, and are hopeful about renting, not only come with beds, a refrigerator, and a couch, but a television, plates and silverware, pots and pans, dining room table and chairs, washer and drier, dishwasher, and vacuum cleaner as well. Not bad, right?

5. WiFi. I need WiFi to live. I really wish that was an exaggeration, but so much of my life actually depends on WiFi.

Cheryl and I often remark that a potential apartment needs to meet x amount of things on the list above, but seeing as the apartments we checked out today met all the criteria, well, it’s clear why we’re pretty keen on it.

Plus it comes with a gym and a pool. Bad. Ass.

There’s considerably less to say on the topic of job hunting, seeing as I didn’t actually begin job hunting until this afternoon.

The process of applying for jobs online is very similar to back in the States. The only real difference is that you submit a CV instead of a resume. CV’s are pretty damn similar to resumes, but kind of more… relaxed? They’re very casual, I suppose. It took me a long time to put mine together, but that’s because I kept procrastinating it. Once I started in on writing my CV, it only took about twenty minutes to finish, if even that.

We’ve been using Trade Me and Seek so far for job searches, and for the most part we just submit our CV and cover letter and that’s it. I applied for a handful of waitress and reception jobs today and already have an interview tomorrow. We’ll see how that goes!

Tomorrow we’re going to print out a stack of CVs, go around to work places, and hand them out. From what we’ve heard, finding a job here shouldn’t be all too difficult – but you never know, so we’re trying to apply to as many places as possible, seeing as we may have an apartment very soon and income would be a positive thing to have.

Aw yiss, gonna be rolling in dough from all that barista/waitress money I’ll be making.

Of course I’m going to try to still get out there and see/do things I haven’t yet. I’m hoping to get back up to Waitomo to see the glow worm caves, once I start saving up a bit, and hopefully I’ll be able to see more of he south island while it’s still summer. Not to mention there are still plenty of museums, galleries, hikes, and other fantastic sights I’ve yet to check out in Wellington.

But for the time being, it looks like my entries may start focusing on other things. Maybe a look at the day-to-day life in New Zealand. Maybe encounters I have with local Kiwis. Maybe just random thoughts and feelings I’m experiencing while here. I’m without a doubt planning on bringing back Fan Girl Friday though, so be prepared for that.

Nevertheless, despite settling down or taking off to travel more, I do intend on keeping this blog going, and I hope you all keep checking back in. 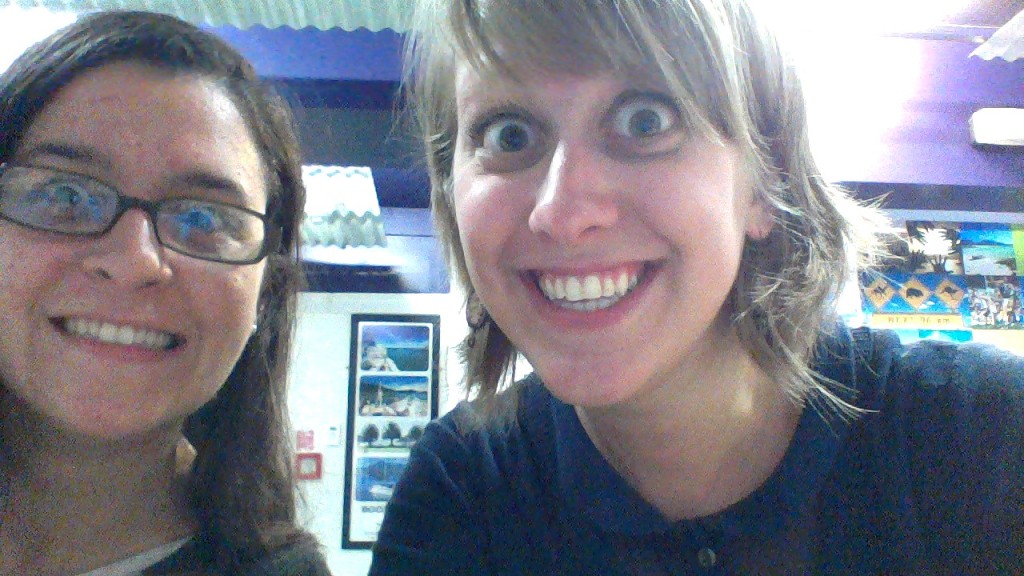 One thought on “Monday: The Hunt Begins.”