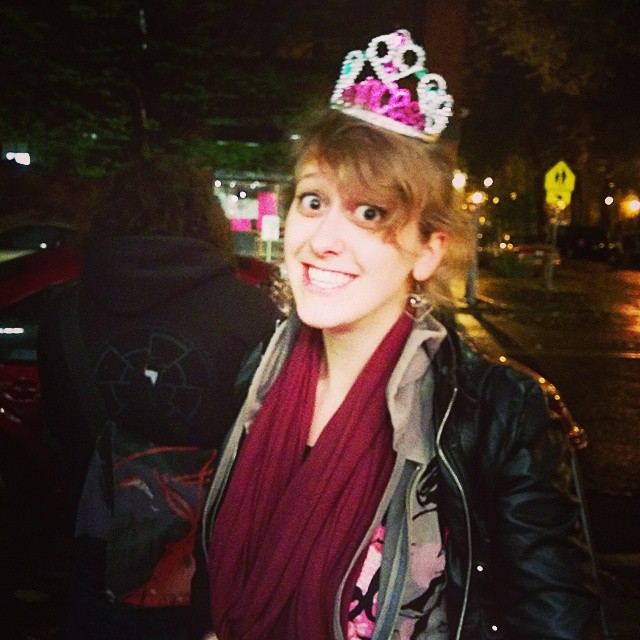 I spend a lot of time thinking about these two.

How Rocket has to remind Groot not to smile during jobs or drink fountain water or worry about losing limbs because they’ll just grow back. How Rocket does not mock or belittle Groot’s vocabulary when explaining the way his friend speaks to the other Guardians. How Rocket is the only Guardian who can understand Groot. How Rocket worries when Groot takes the battery out too early in their plan, because he knows that he’s unable to protect his friend without a firearm of sorts. How Rocket runs at Ronan after losing Groot, not even caring how unpredictably powerful Ronan’s become, because all he can think is that Groot is dead. How Rocket, who you would never expect to see cry, openly weeps when he assumes he’s forever lost his best friend. How Rocket beams with pride as he holds his little potted plant at the end of the film. 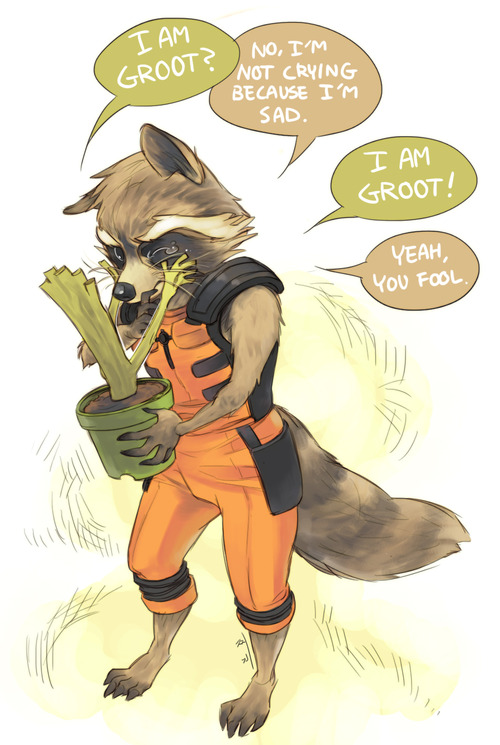 How Groot grows his body as a literal and physical shield to protect Rocket during fights. How, when The Collector’s place is about to blow, the first thing Groot does is grab Rocket and get the hell out of there. How Groot stands by his friend in every scuffle and situation, but is also not afraid to tell Rocket when he doesn’t agree with him. How Groot allows Rocket to climb up onto his shoulder during fights, to give him more of a physical advantage. How Groot, the gentle giant that he is, forcefully attacks Drax after he insults Rocket by calling him “vermin”. How Groot gave his life for all the friends he’d made, but especially Rocket. How Groot starts out so big and strong, and in the end is smaller than a raccoon. 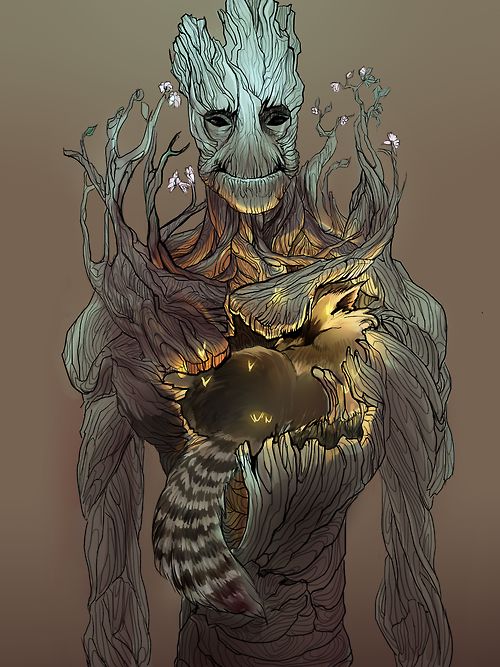 How these two idiots would not last five seconds without the other.

How I really really REALLY need a Rocket and Groot BROTP movie. Like, yesterday.

Just… just shut up and give me that movie.

Give me that movie now. 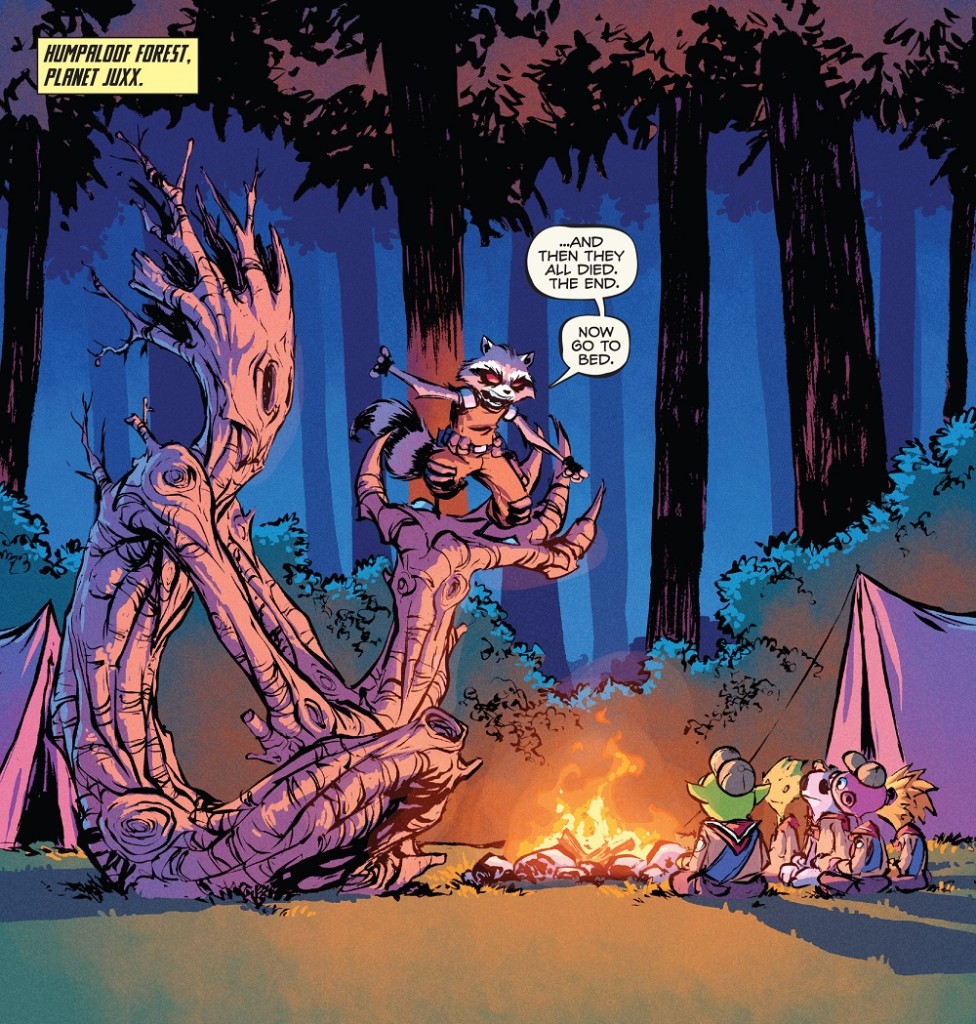